The idea behind Cruise Navigation was to translate an application from my mobile phone to a physical, wearable form. I decided to choose the longboarding community as my target group, as I'm personally into longboarding as well. One of the things I always run into is having to get my phone out of my pocket in order to navigate while cruising on my longboard, this is something that could be fixed.

An Arduino Uno, a compass module (HMC5883L) and an 8-relay shield control the compass. The compass module calculates your heading degrees, feeds it into the Arduino which then turns on the correct relay on the relay shield which in turn heats up one heating element.

No matter where you are or where you're going, you'll always be able to see in which direction you're headed right on top of your longboard. 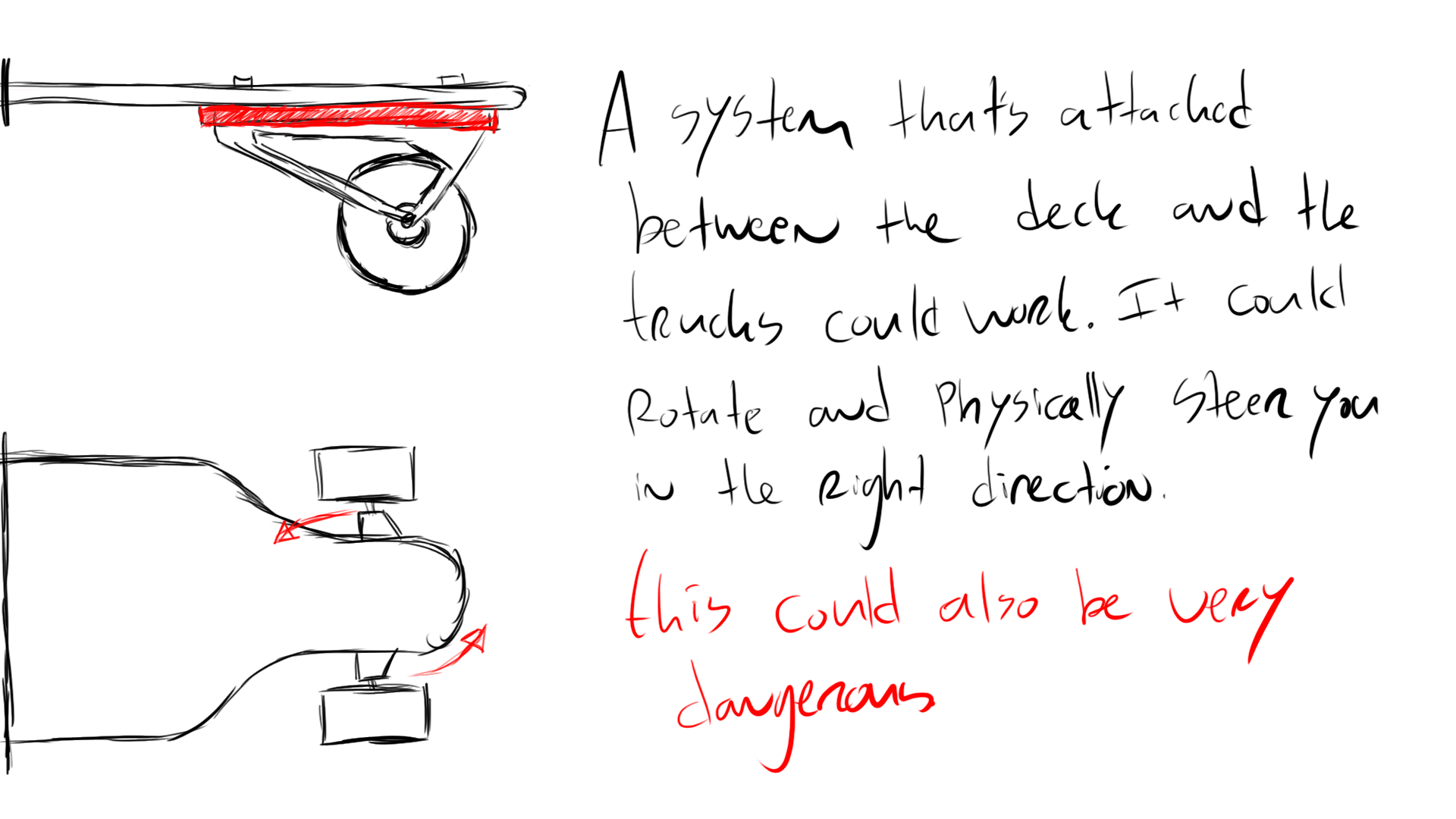 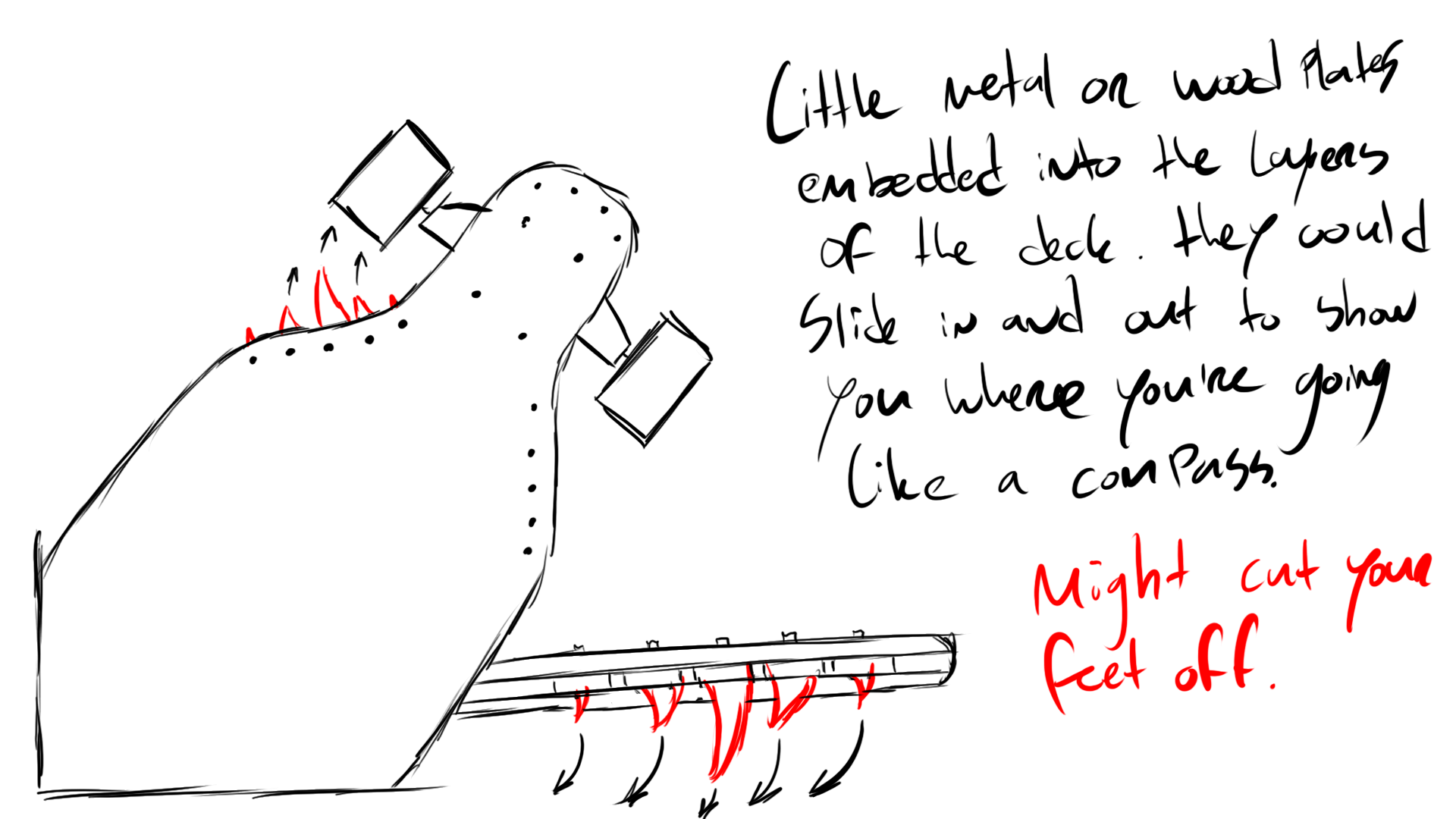 The first sketches attempted to include some form of navigation into different parts of the longboard itself. Most ideas turned out to be very impractical and/ or downright dangerous. The different parts of the longboard did offer some very interesting room for creative thought. In the end, however, I had to go back to the basics of a longboard and one of the things that always stuck out to me were the inmense amount of different decals and decorations that you'll find on the decks themselves. This offered an interesting entry for my project. 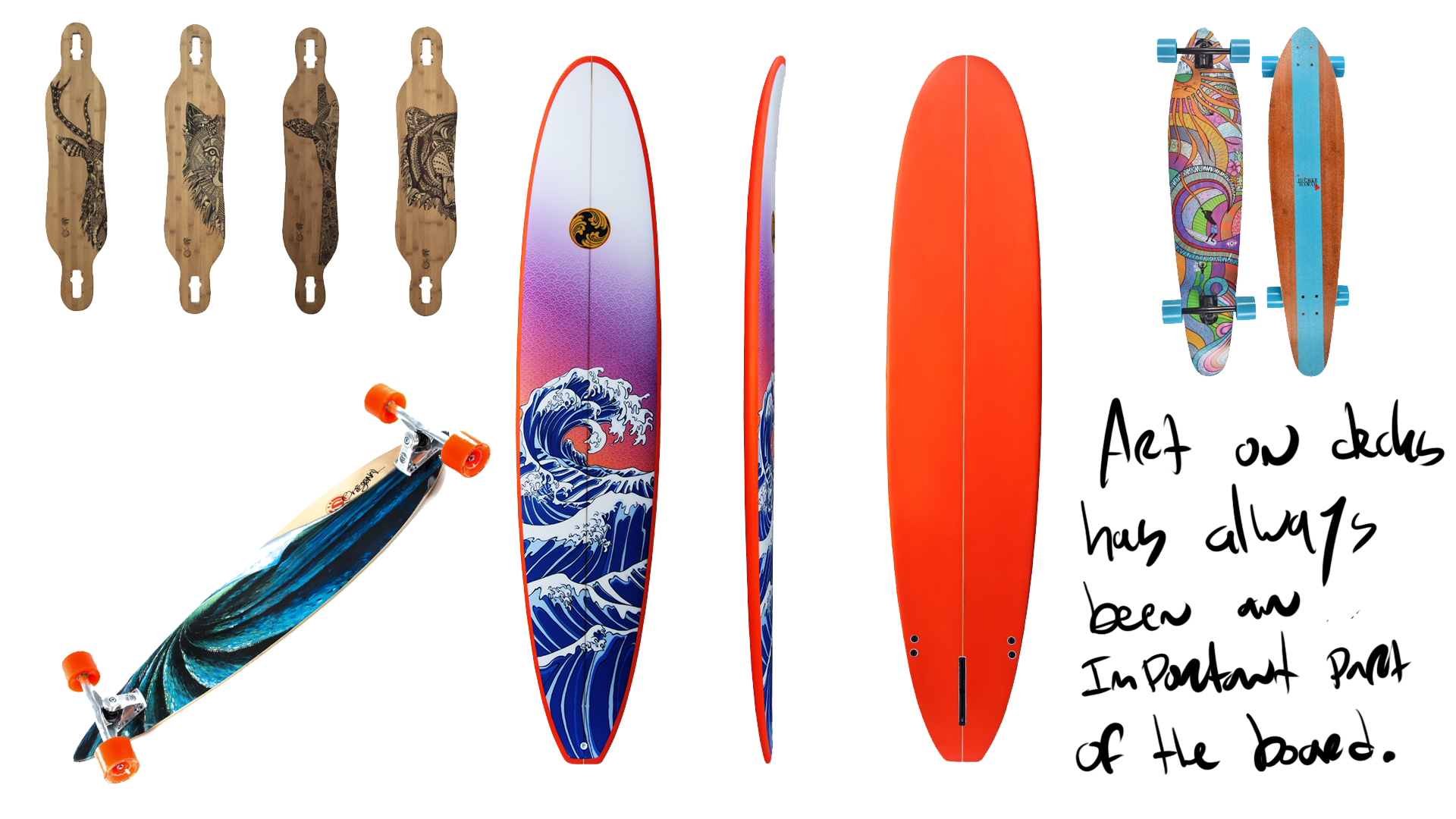 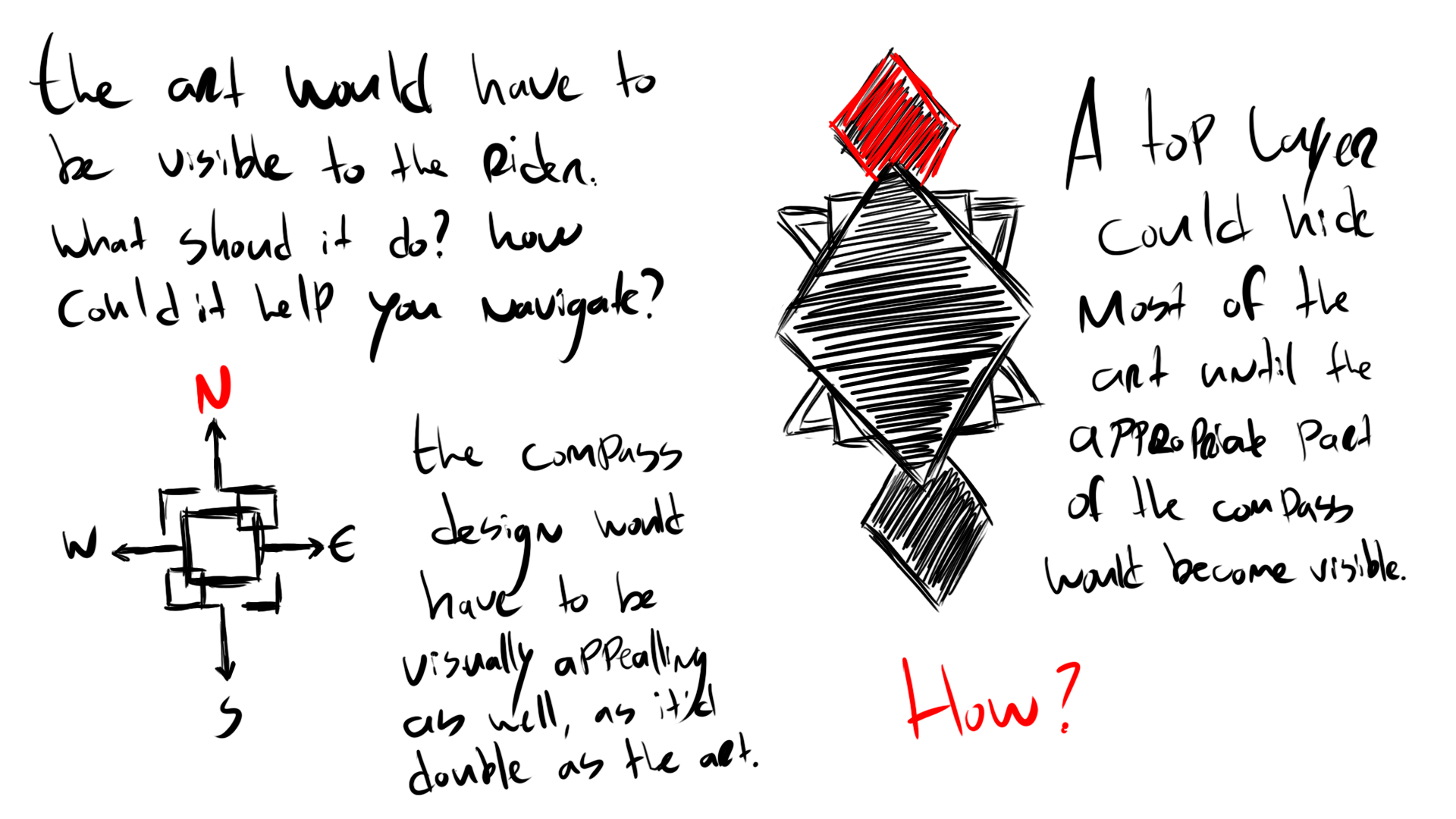 I started making sketches that combined the eight wind directions that you'll find on a compass, and art designs you'd regularly find on a longboard deck. One of the issues I ran into was that the art would help you navigate while riding your board so having it on the bottom of the deck, as per say tradition, would make no sense. So, the compass design would have to be designed for the top layer of the deck.

I silkscreen printed two layers of ink onto the top of the deck. The first layer was printed with regular ink and the top layer was printed with thermochromatic ink, which becomes transparant when heated above 37 Celsius degrees. So, if one of the heating elements would become activated, it'd make that part of the top layer of the decal become transparant, thus revealing the arrow pointing you North. (As you can see in the image above.) 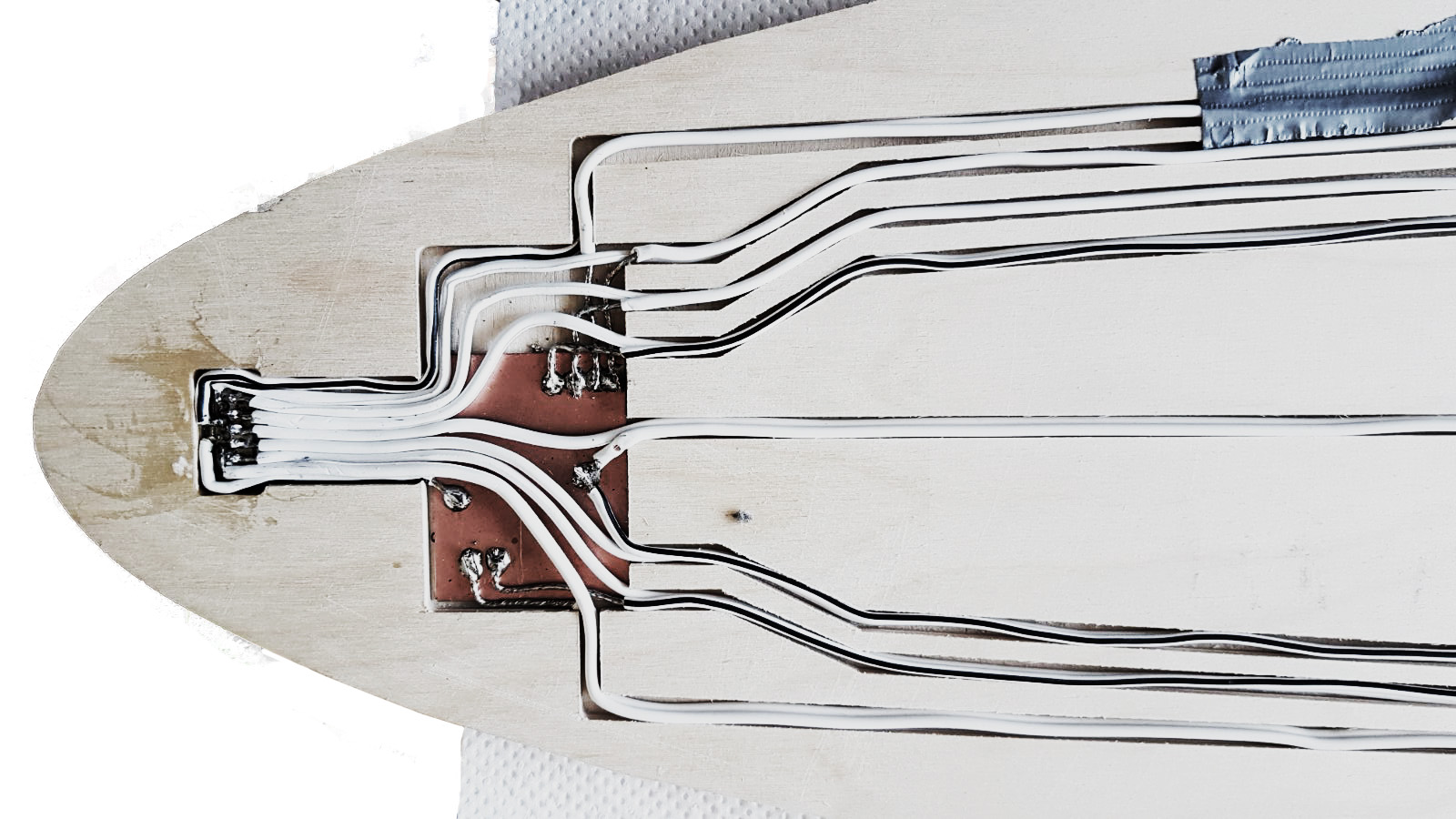 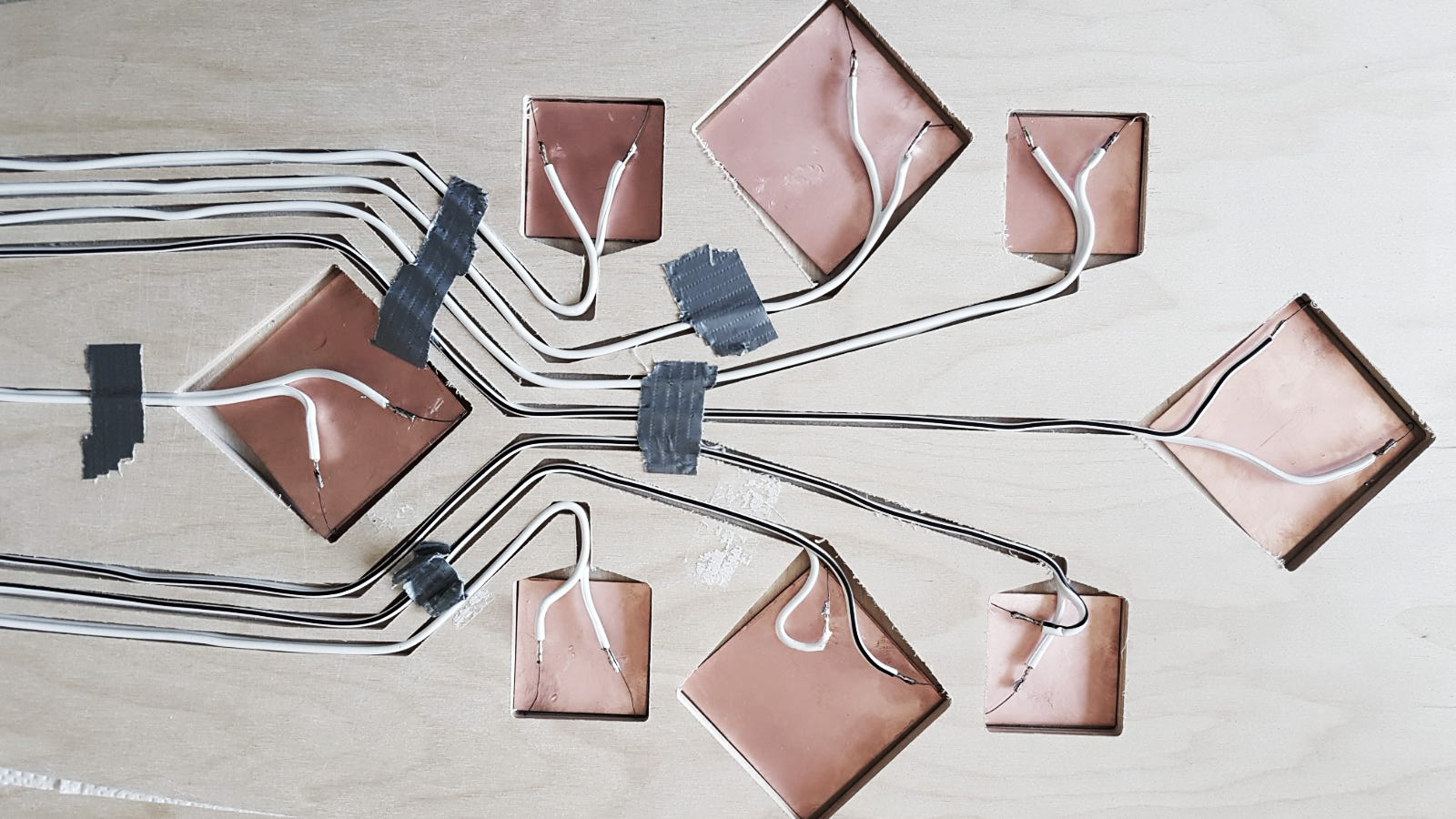 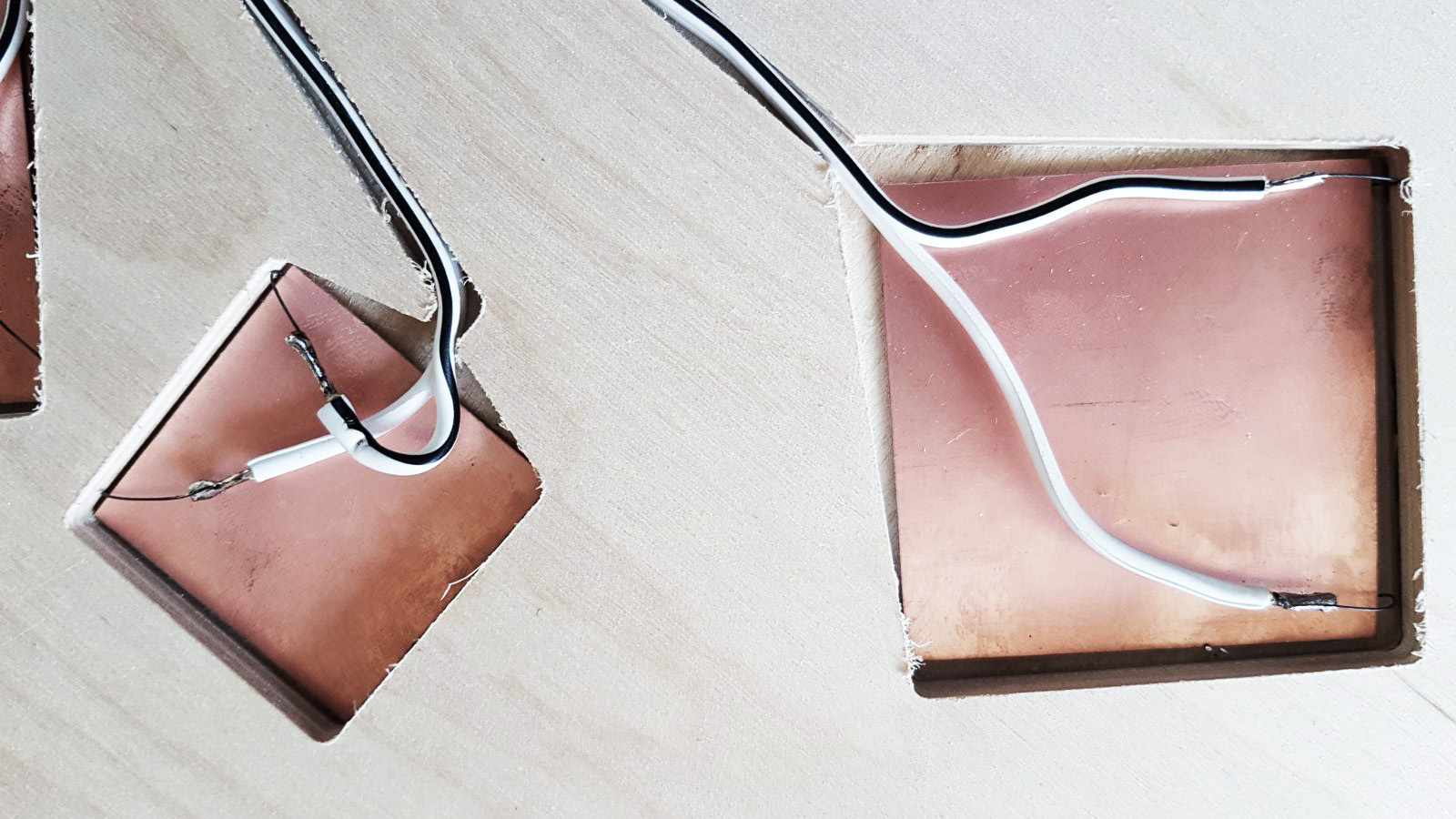 Remember the heating elements? Yes, they're inside the deck. The deck is fully hand-made as well and inside of it are eight heating elements. I made all the elements by hand so that I would be fully in control when it came to the size and thickness of each individual heating element. Getting everything soldered onto the 9-pin connector was a lot of precision work and took an awful long time but as you can see in the pictures it did end up looking pretty neat. 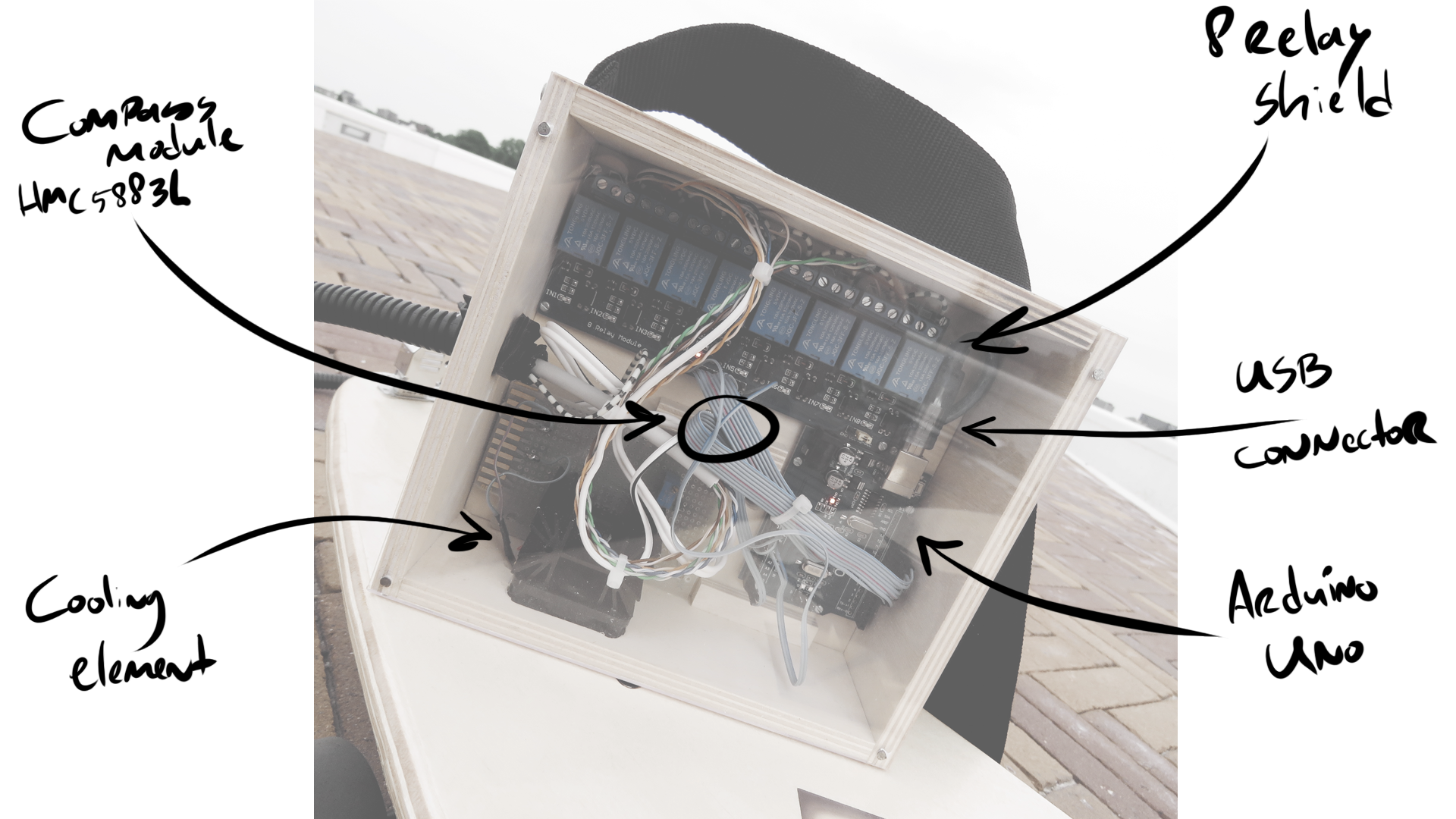 The final challenge was to get everything hooked up and working. I used an Arduino Uno, a compass module (HMC5883L) and an 8-relay shield to control Cruise Navigation. The compass module calculates your current heading degrees and feeds it into the Arduino. The Arduino will then translate the heading degrees to one of the eight wind directions which are each connected to their own separate relay on the 8-relay shield. Once turned on, the heating element will start heating up, making the top layer of the silkscreen printed art transparant and thus pointing you North.

Cable management could have been a bit better but considering the limited space I had (Since it still had to be wearable) I think it turned out well. 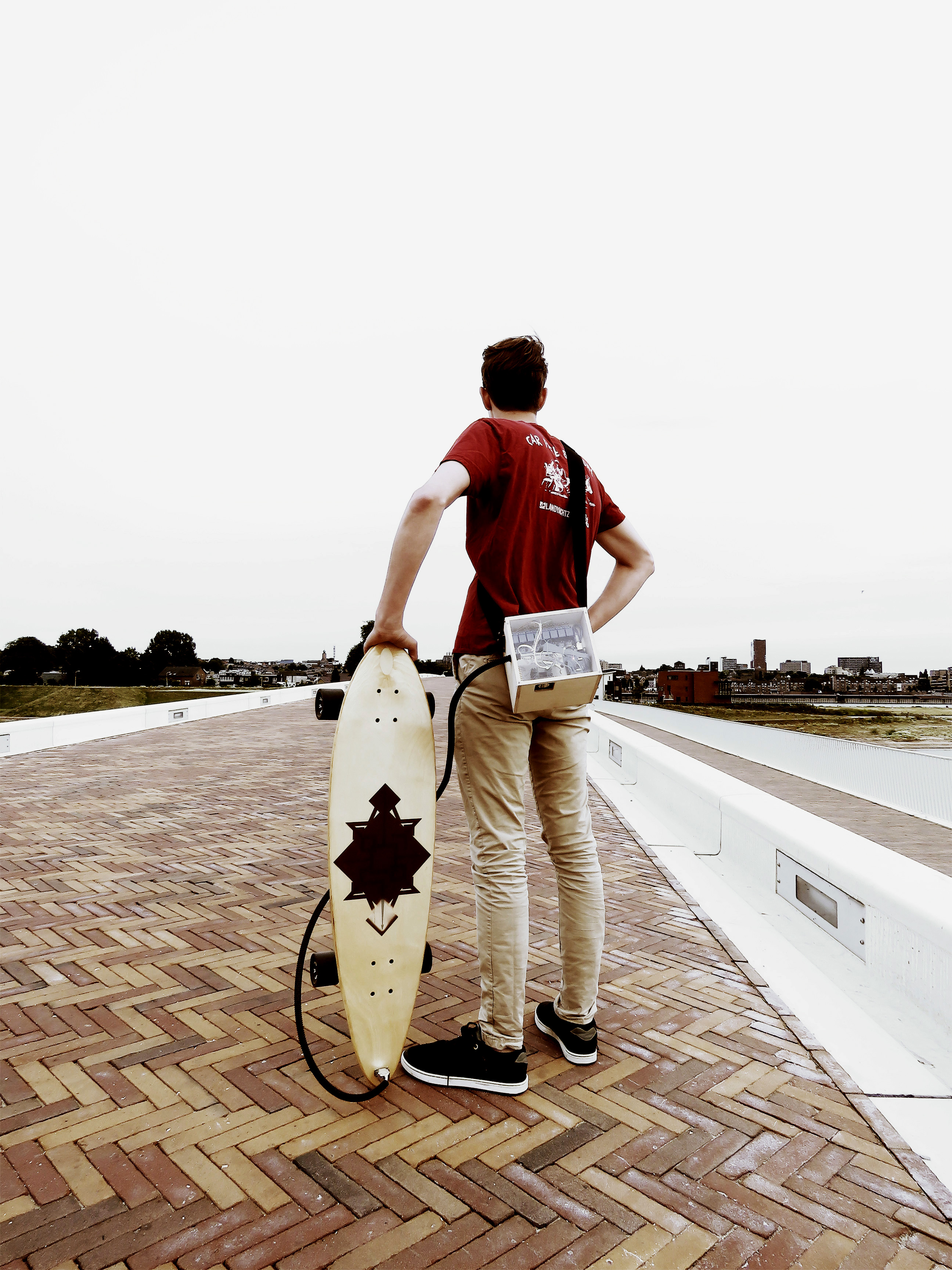