So Project Play was a project I did at the HKU (Hogeschool voor de Kunsten, Utrecht). The idea behind the project was to experiment and explore new ideas. We started out by gathering random objects from the streets and we had to come up with a verb based off said objects. The verb I chose was "Verwelken" or, Wilting. Looking at the objects I had gathered, I realised I had a lot of plant-based material but also a lot of wooden and metal parts. The contrast in those interested me; plants grow by giving them water and wood and metal "wilt" when you give them water. I wanted to take this conflict further. I wanted to create an Interactive Installation that'd give you the conflict between keeping the plants alive and destroying the installation itself by water getting into the materials.
I started out by gathering some more materials to do some quick tests on how they'd react when introduced to water. I gathered 9 different kinds of materials and put them in little containers with water in them and I left them there for approximately 5 weeks. 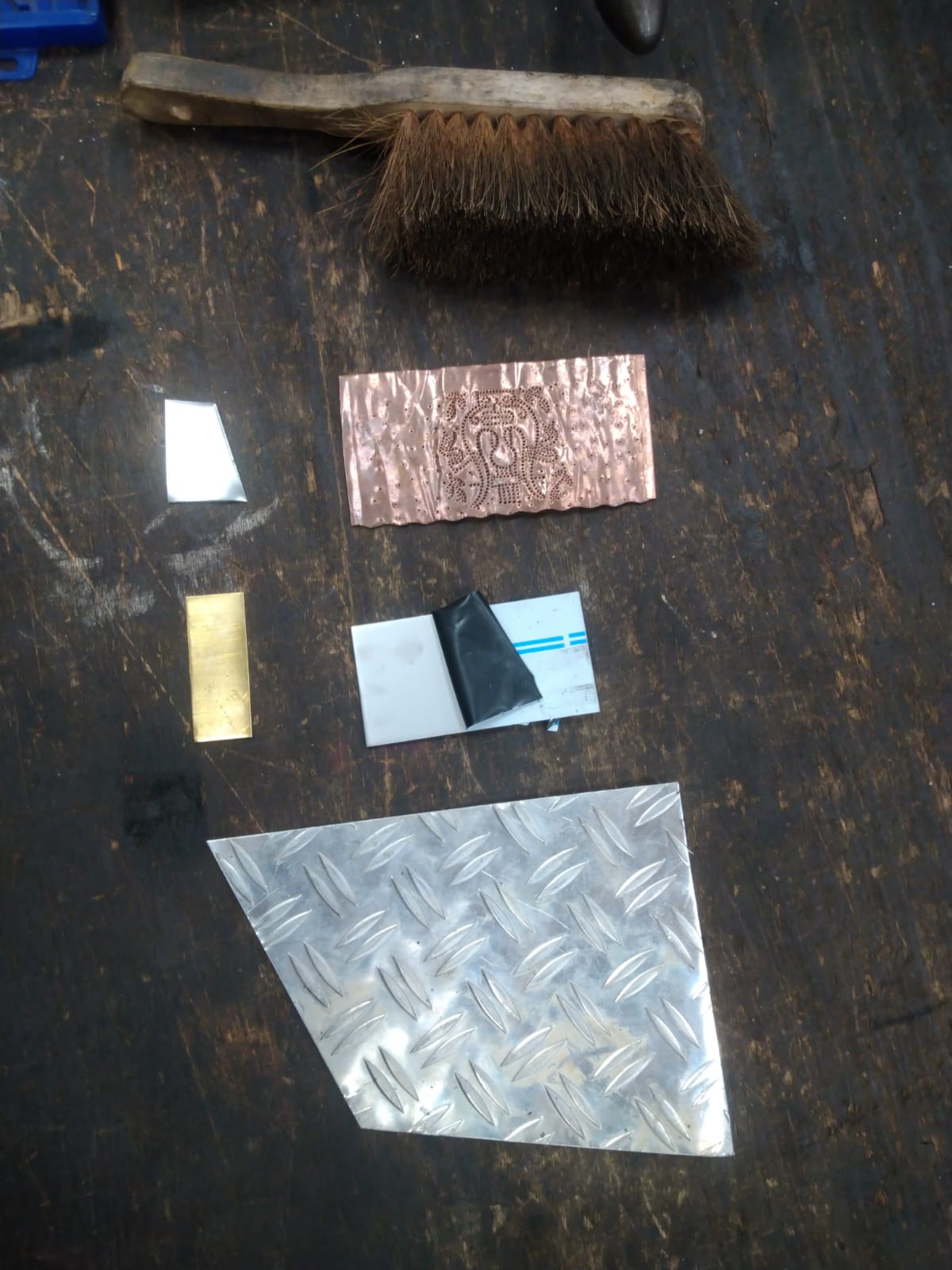 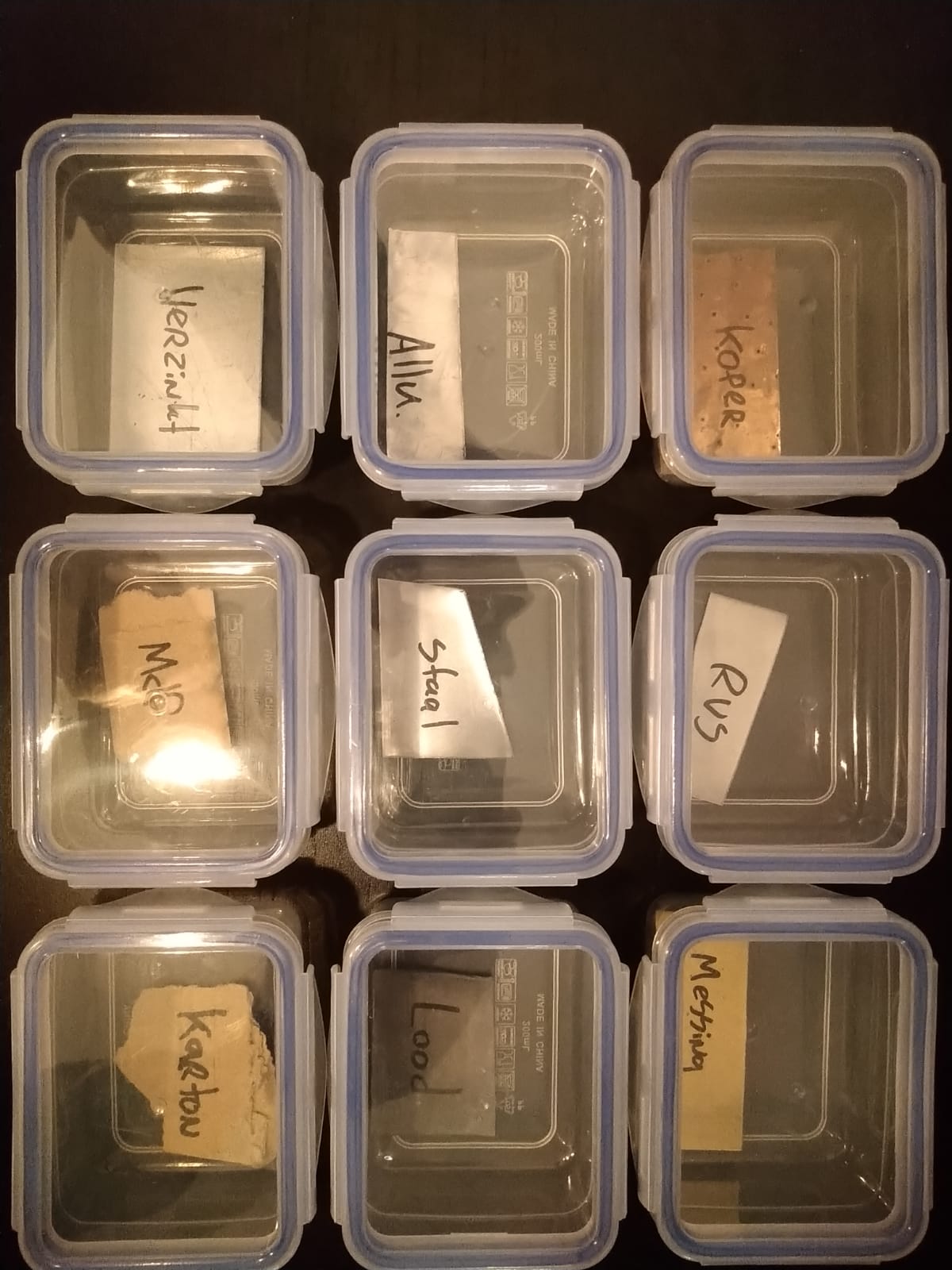 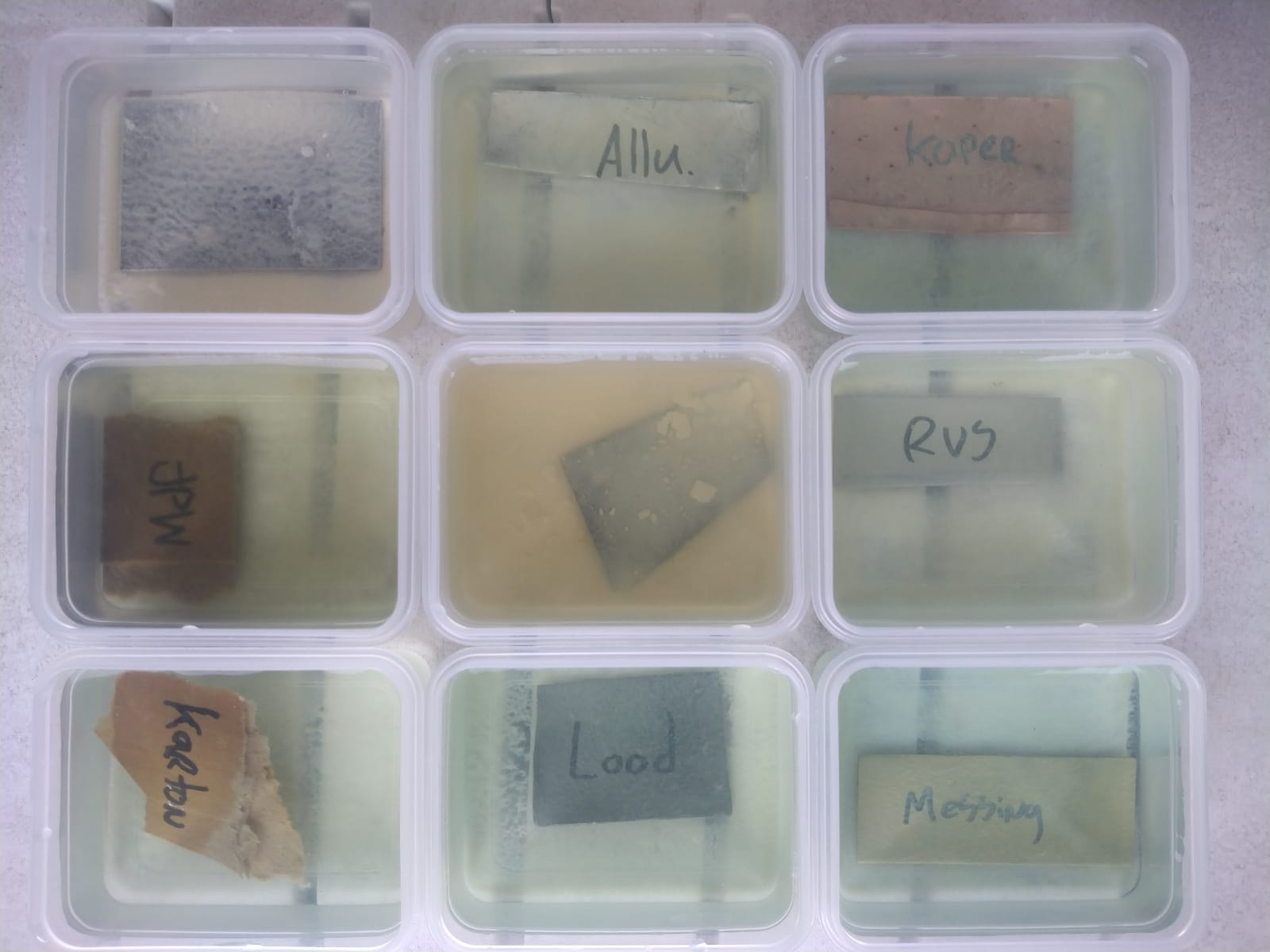 After just one week I started seeing some significant effects of the water on the materials. Some of them produced a white substance within the container, others turned black/gray and others seemingly just started falling apart. I came to the realisation, however, that metals nowadays will not easily be "destroyed" by the effects of rust. The MDF, Medium-density fibreboard, did show signs of becoming structurally unstable however. With these findings I decided that I'd use MDF as the material for my installation. 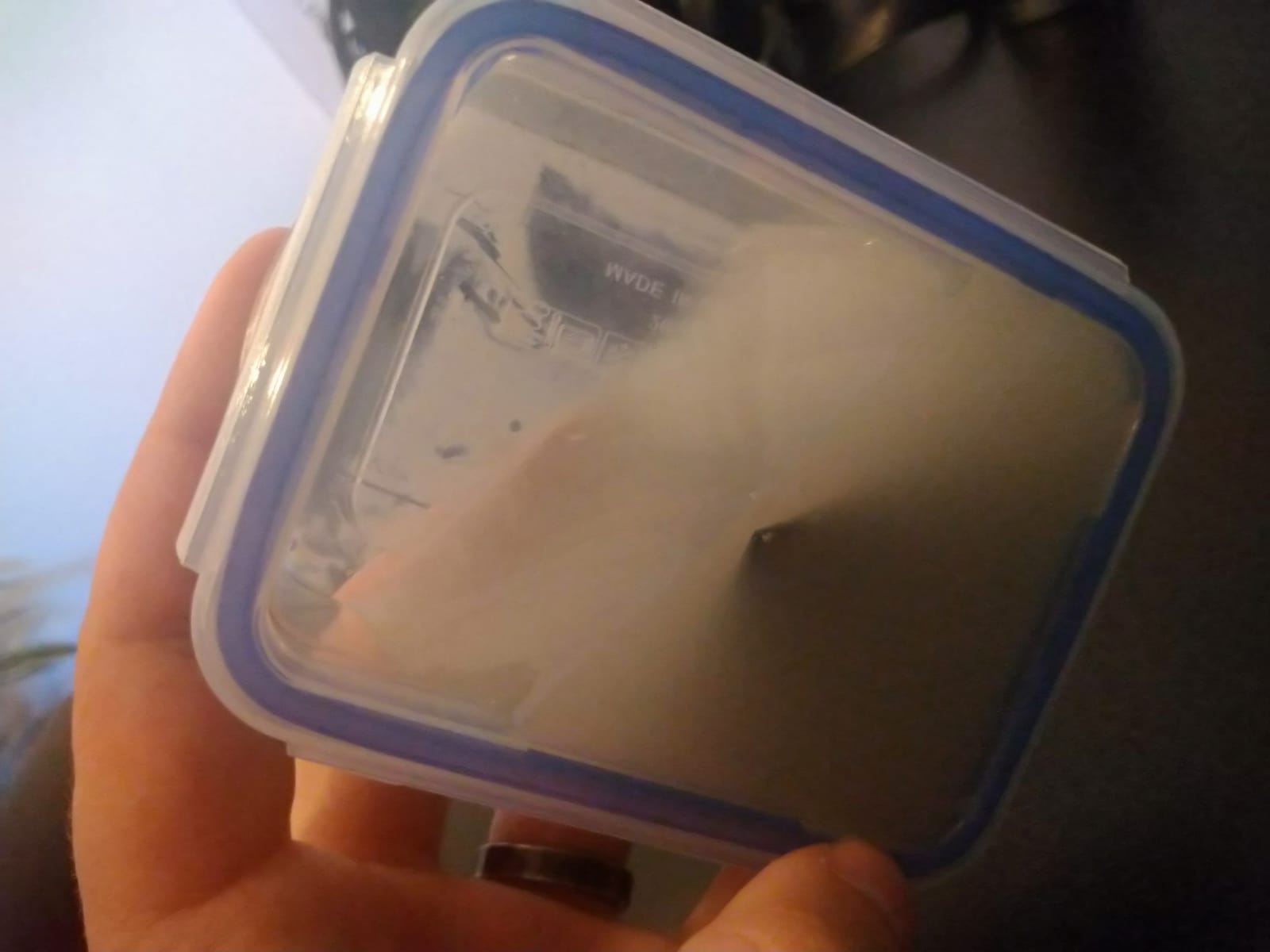 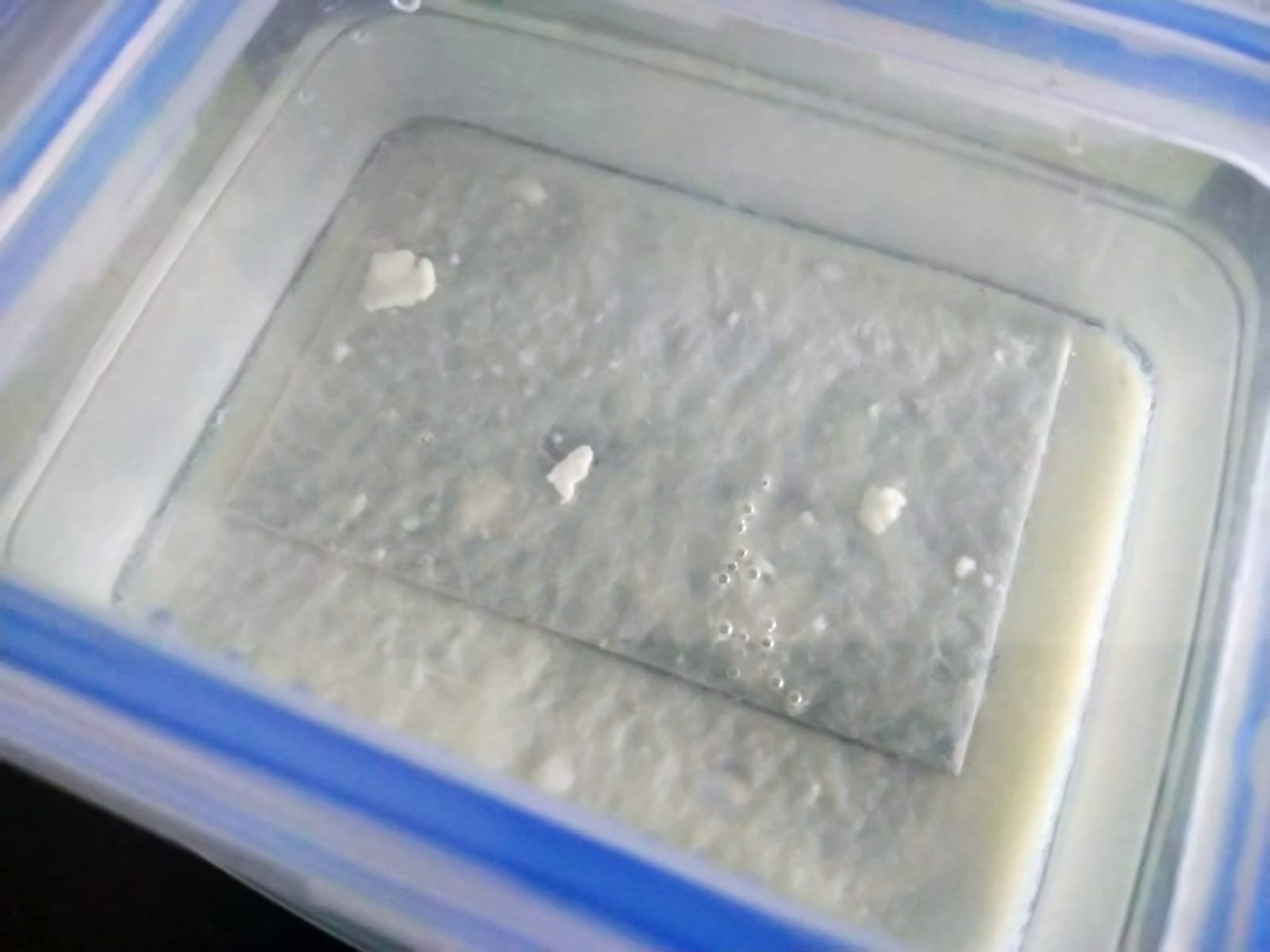 While the materials were still wilting away in their respective containers, I started working on some prototypes for my setup. I made a little miniature of the proposed installation first, to get an idea of what exactly I was working towards. The miniature prototype wasn't anything special but it did give me some insight on how I wanted the installation to look in the end.
Based on the miniature prototype I set out drawing some simple sketches of different iterations of the design for the installation. Each one was based on the same base-principle but they had little variations. I ended up picking the middle-left sketch as the base for my physical installation. 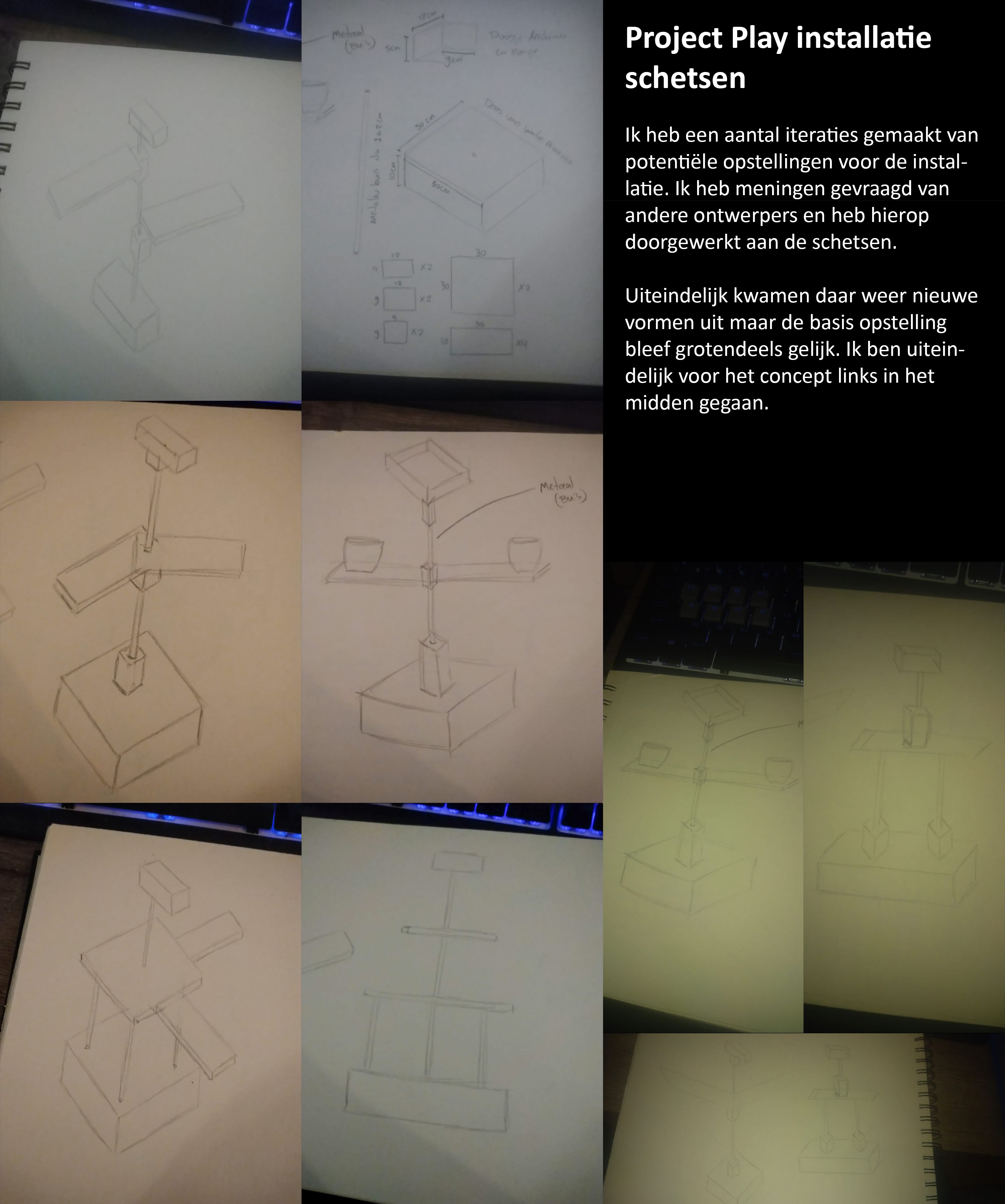 After having settled on the final design, I started building the actual installation. I took some pictures along the way to show the process. 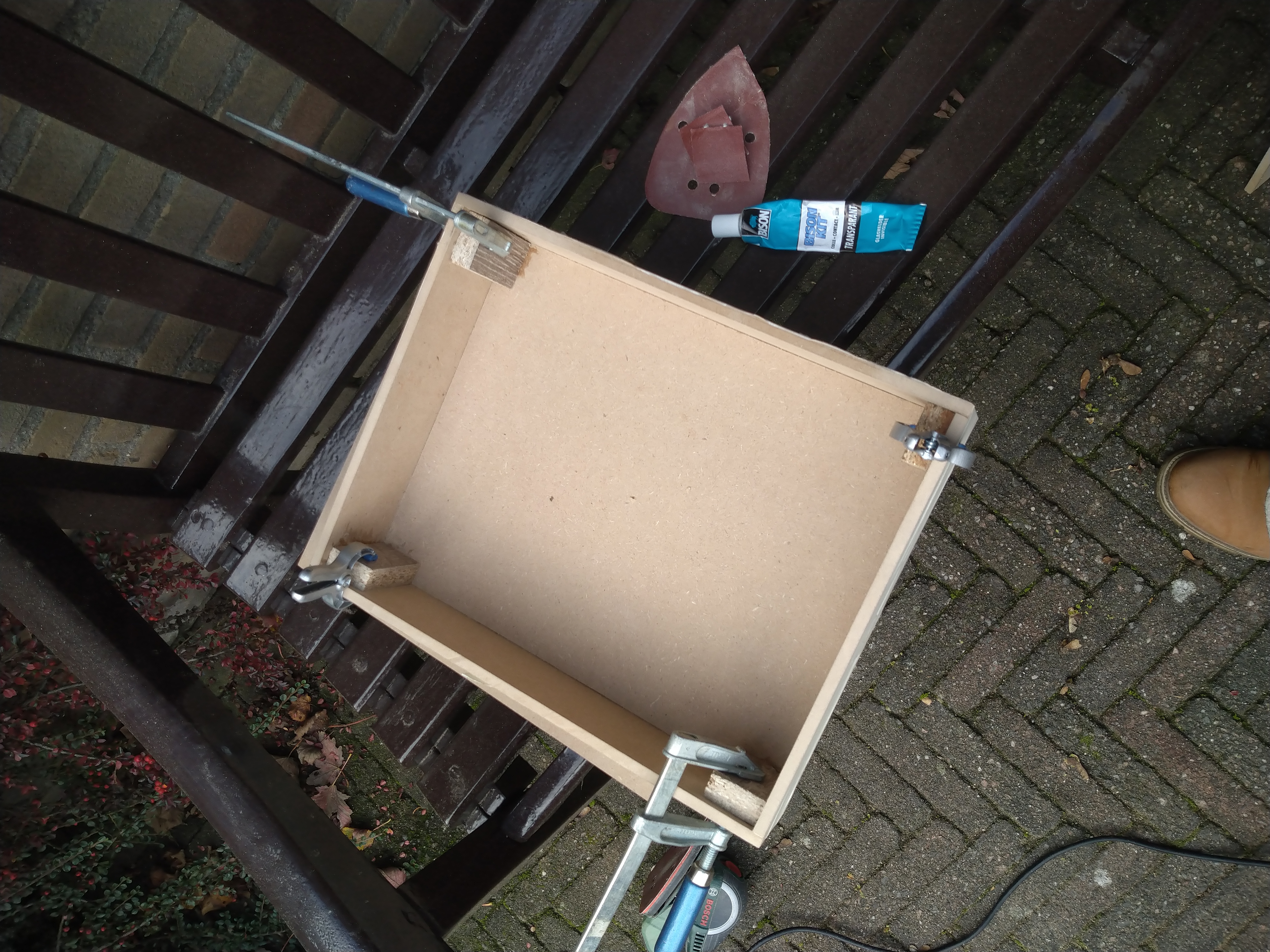 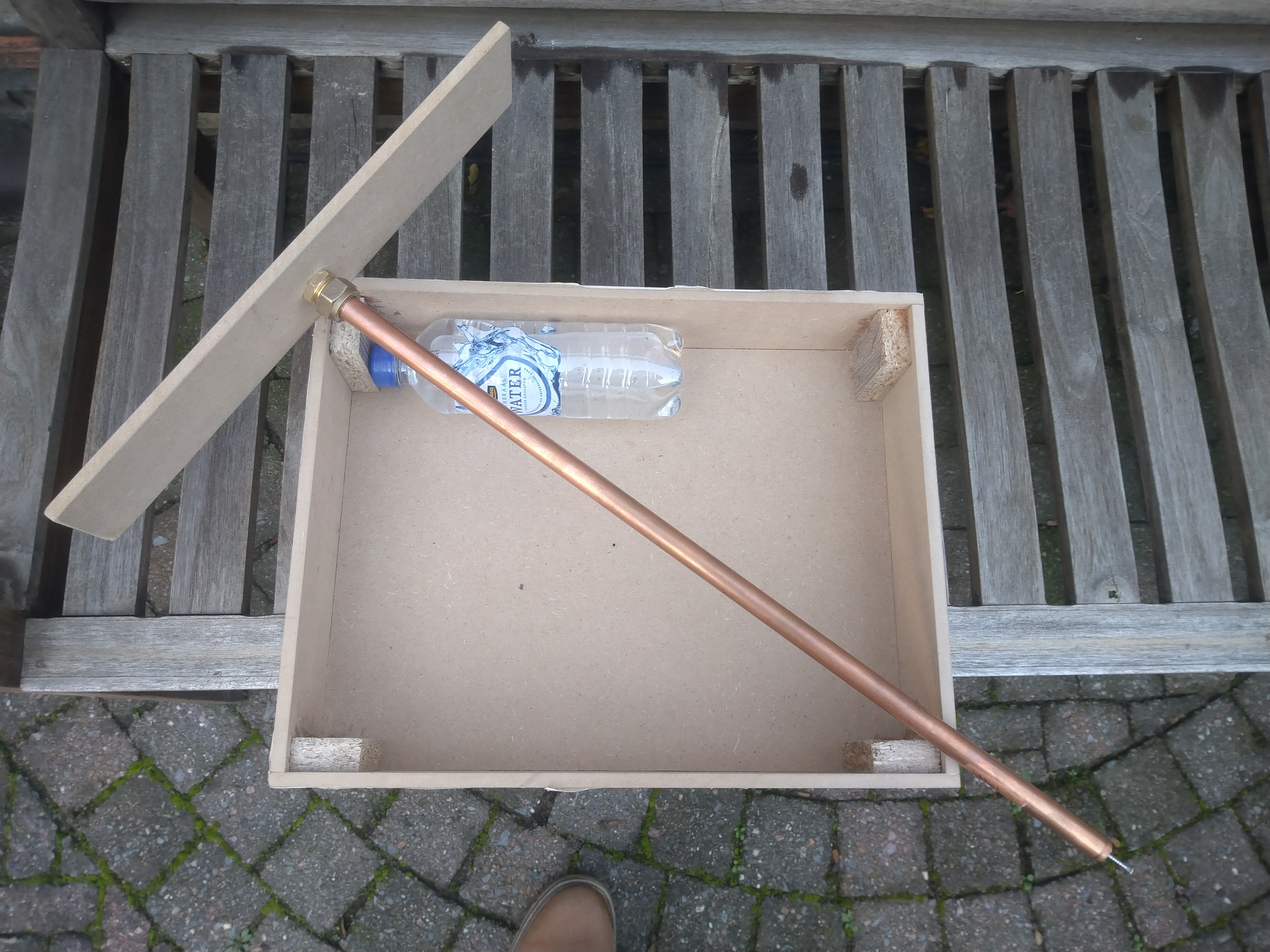 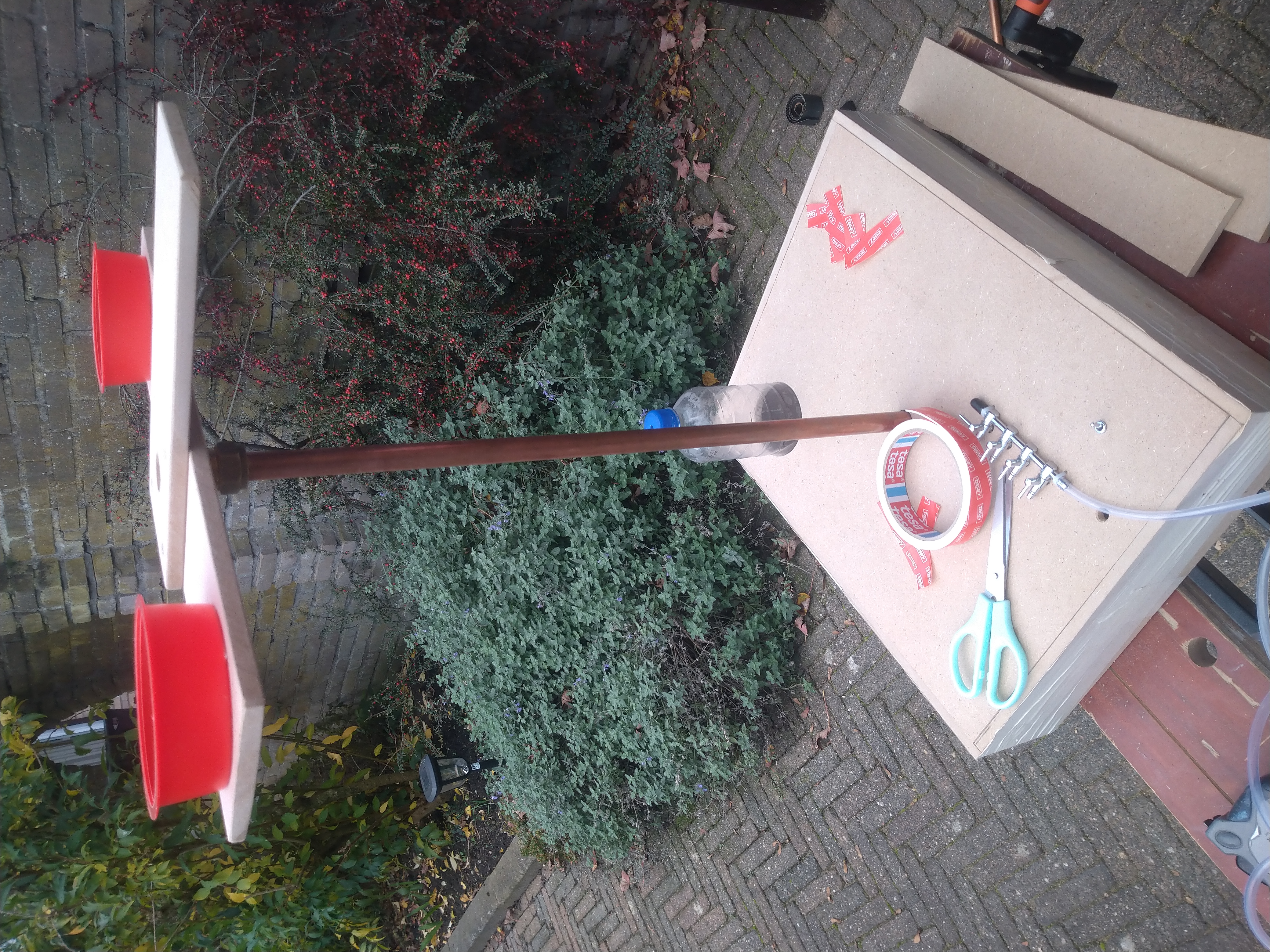 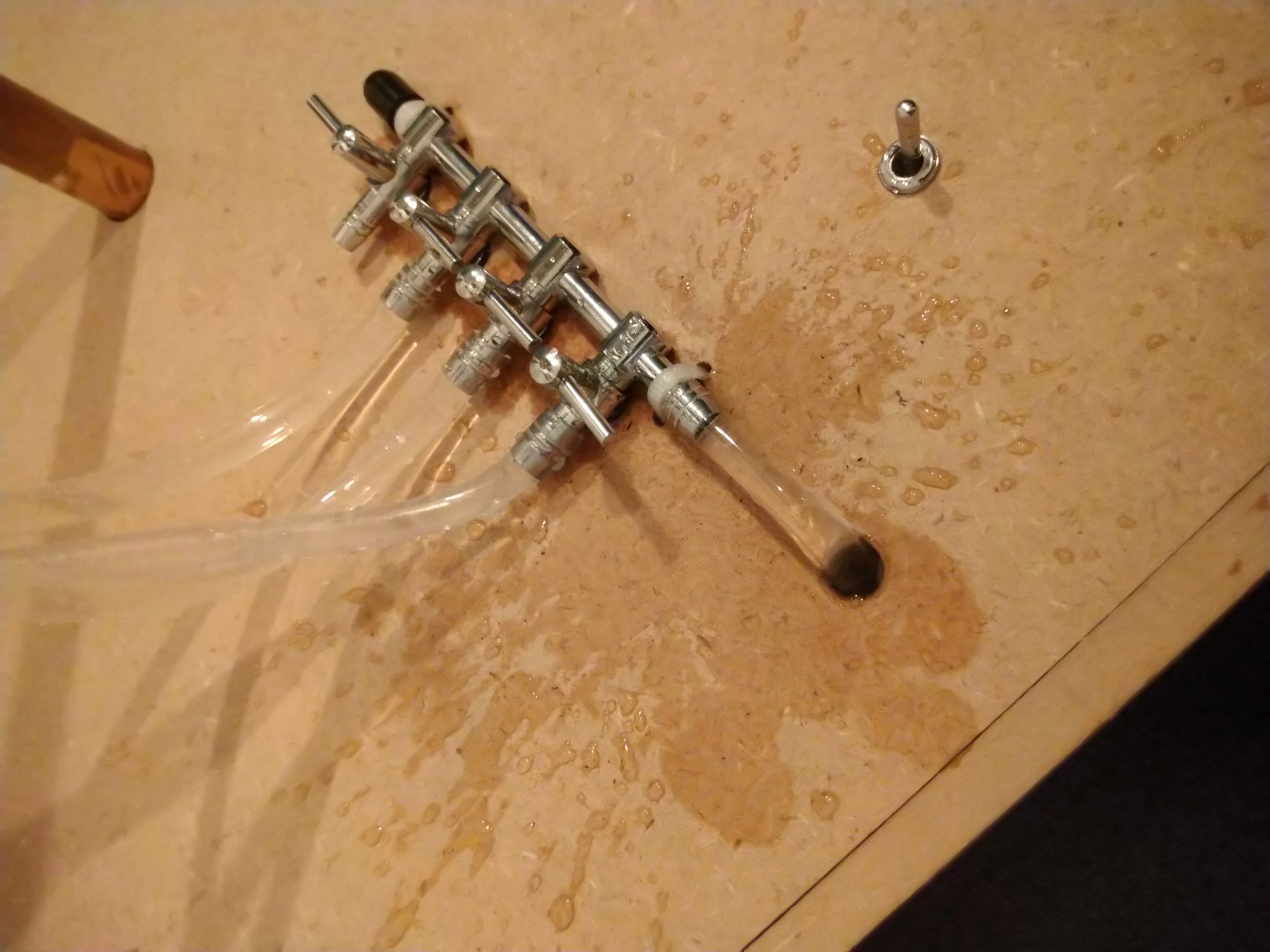 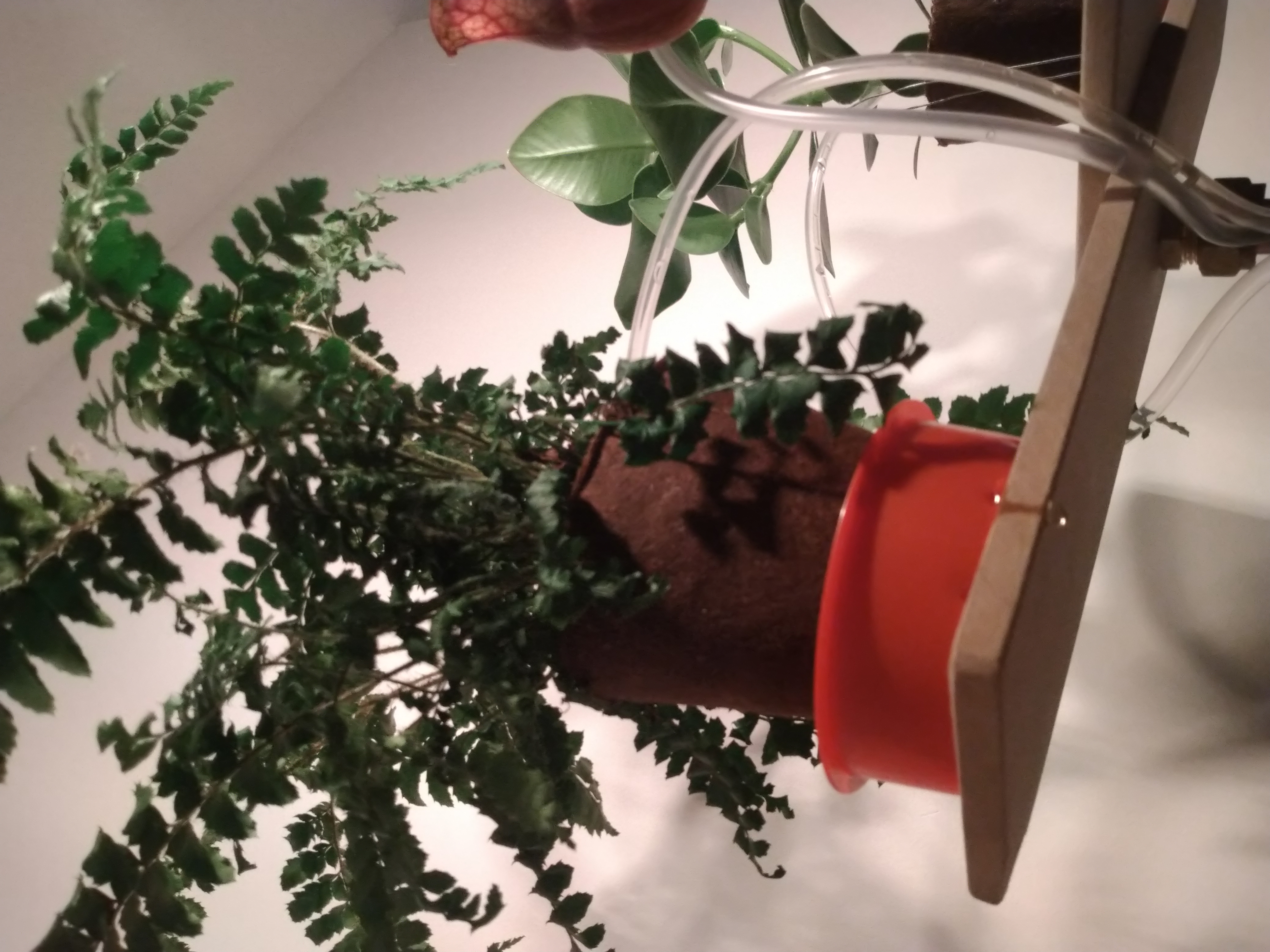 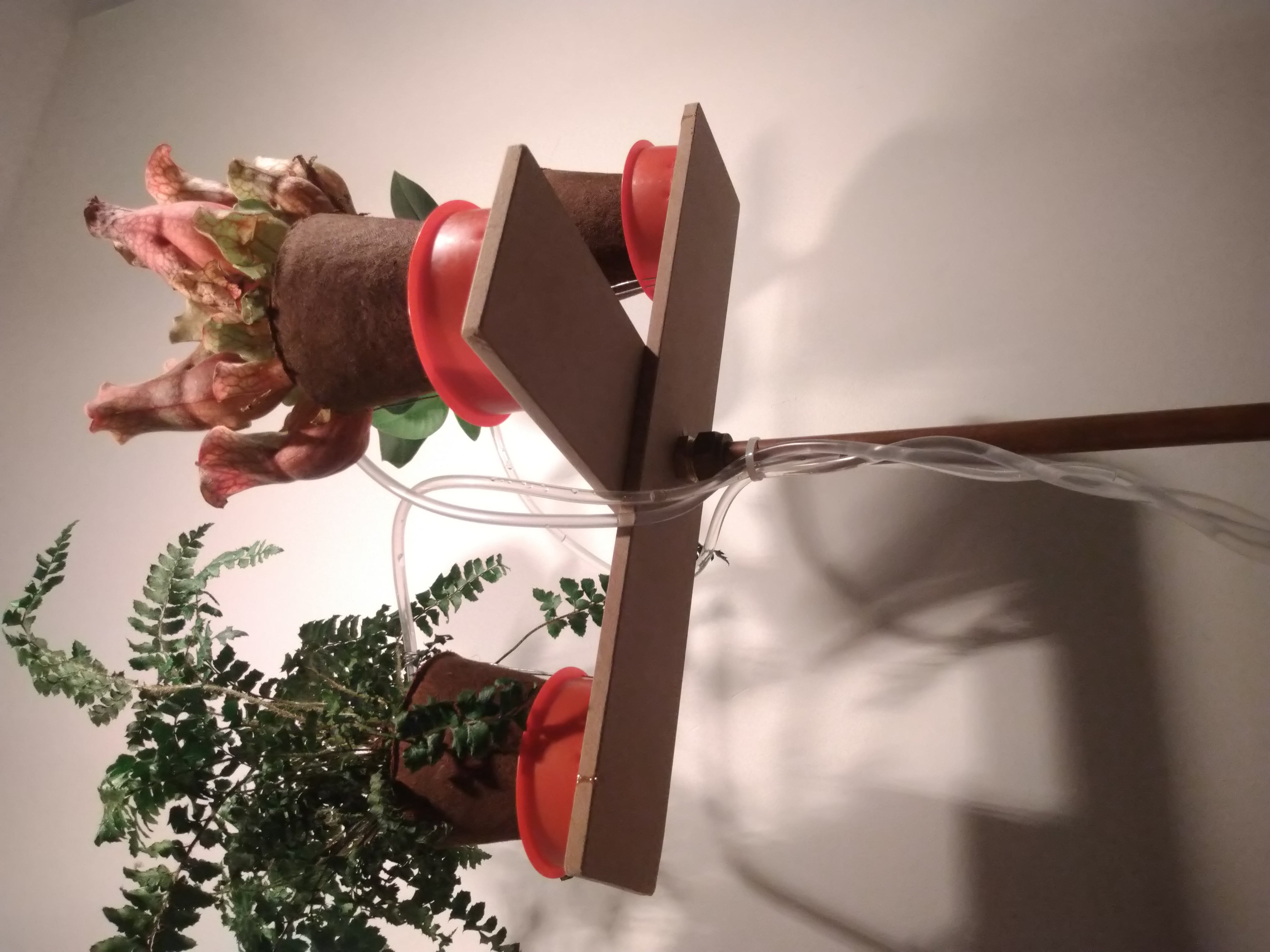