Social Hues
Social Hues attempts to combat loneliness amongst the elderly. Many elderly today struggle with seeking and maintaining contact with other people. It can be challenging and the barrier to make first contact can be quite daunting. Social Hues erases the social barrier of having to go outside and striking up conversation. It takes the first step for those who find it difficult by playing a simple colour matching game together. The first contact is esablished in a playful way.

Players take turns placing coloured objects under their lamps. The lamp detects the colour and sends it to the other player. The other player then has place an object of the same colour under their own lamp. The lamp will let you know whether the answer is correct or wrong. There are no points, there is no winner. It's sole purpose is simply to give those people something simple and playful to do, while also giving them the opportunity to establish contact with people who struggle with the same feelings. 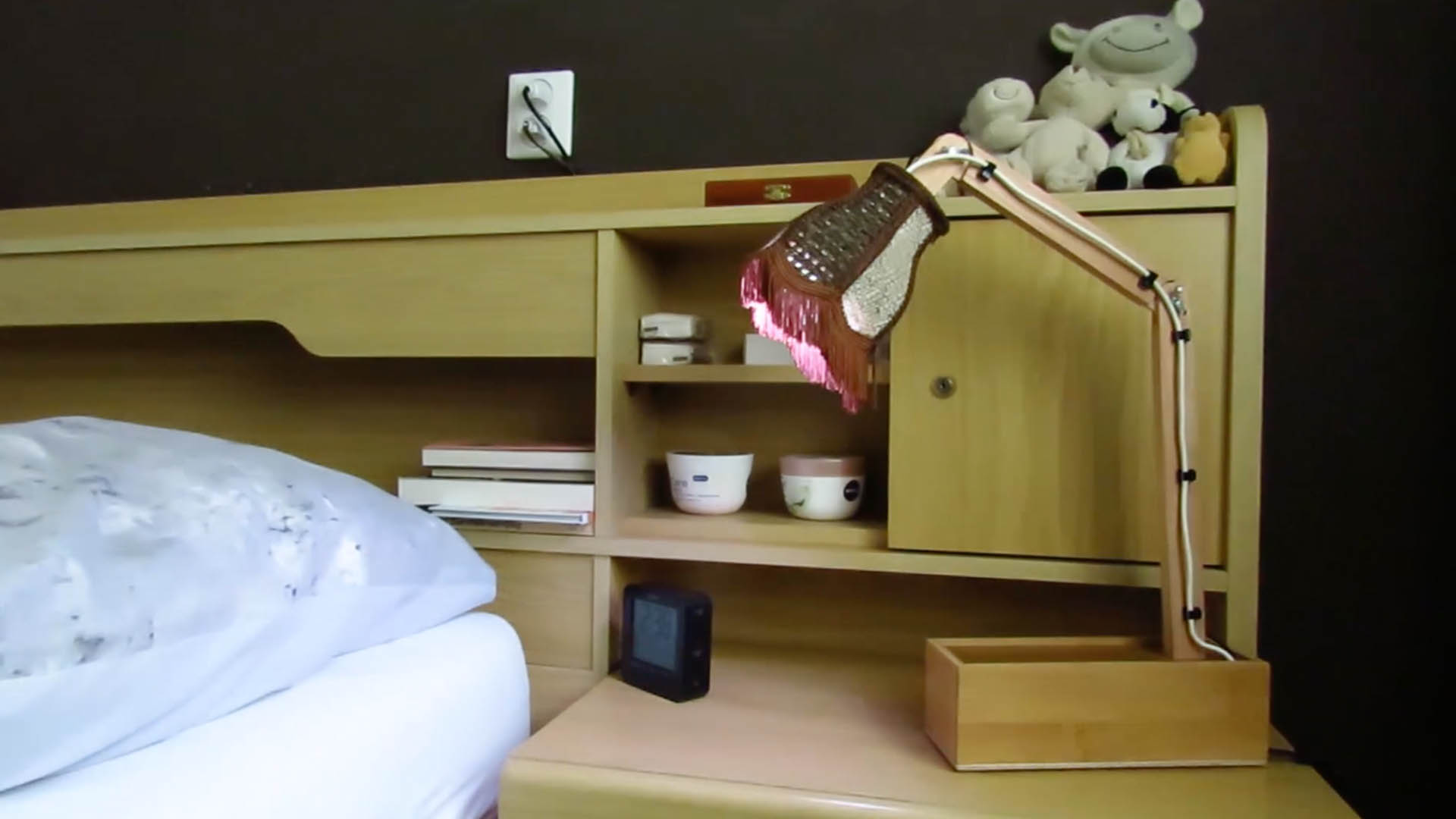 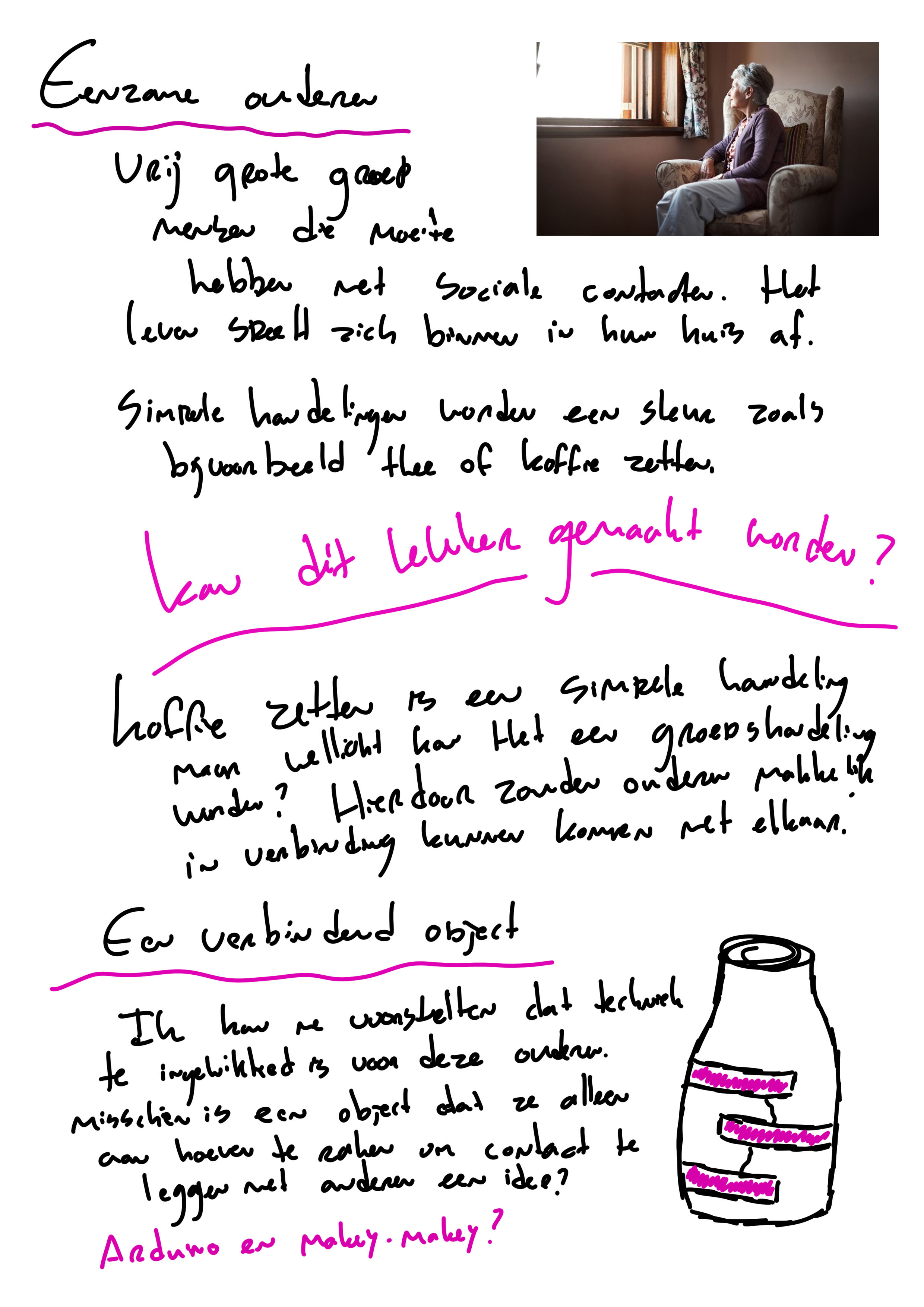 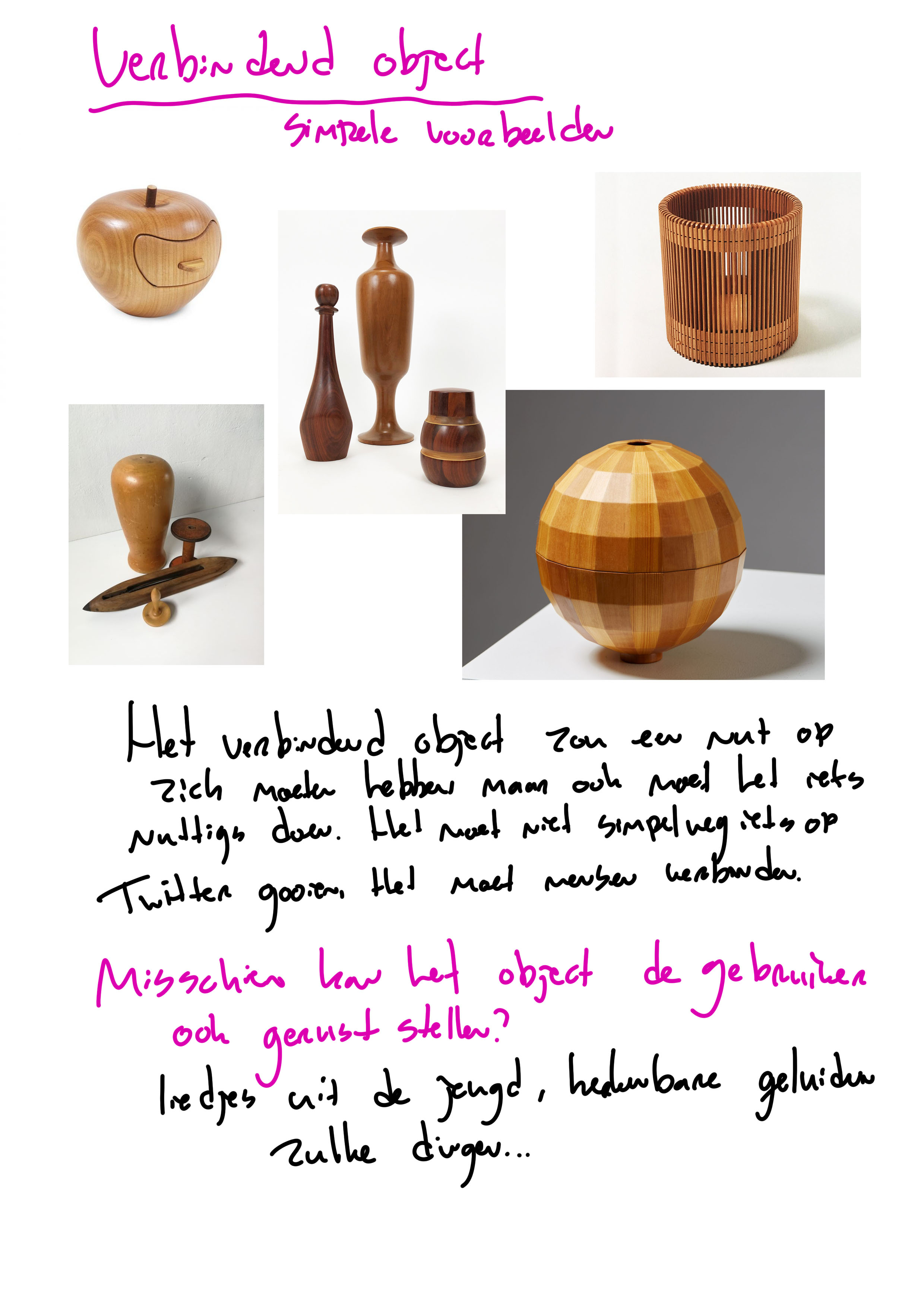 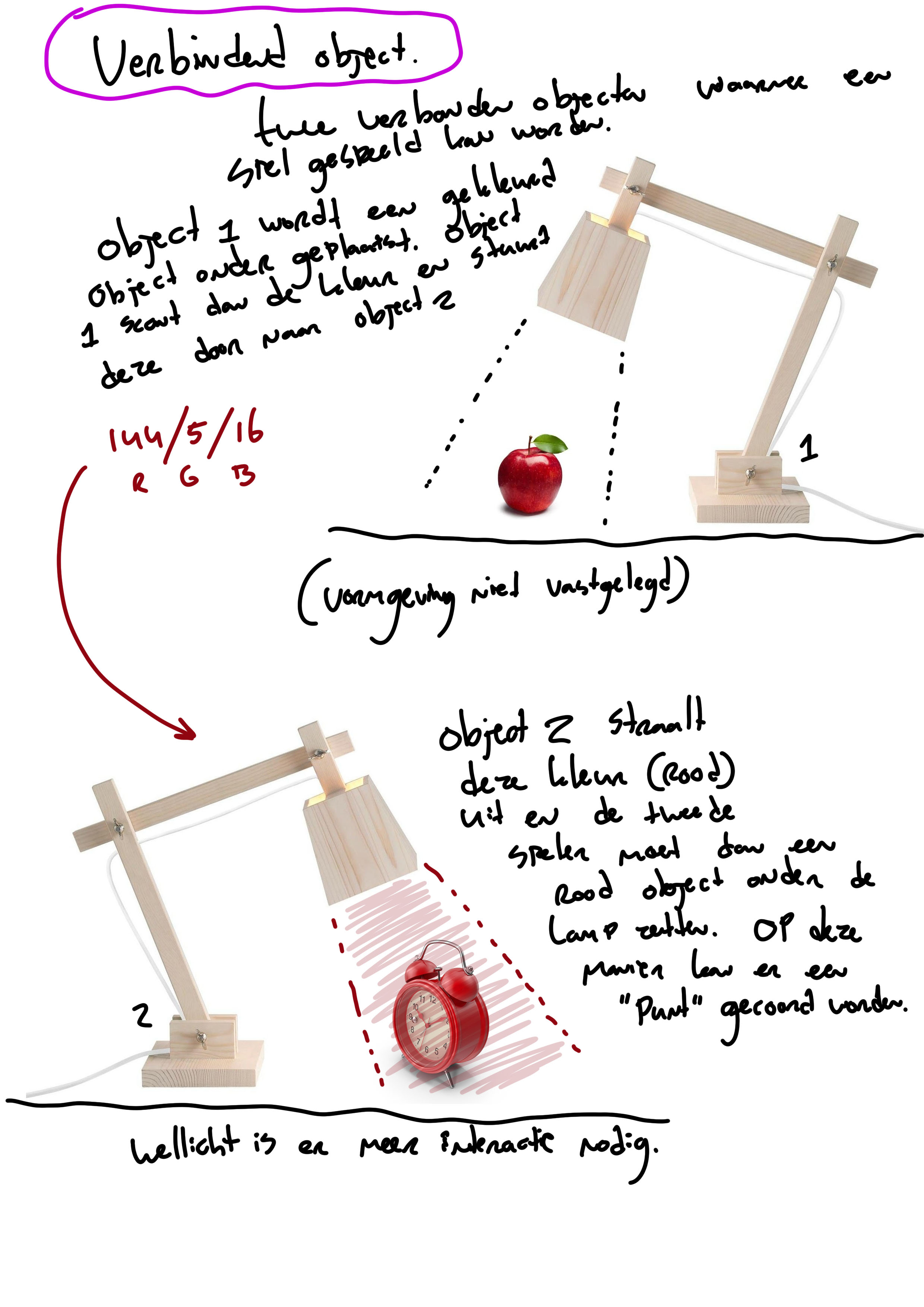 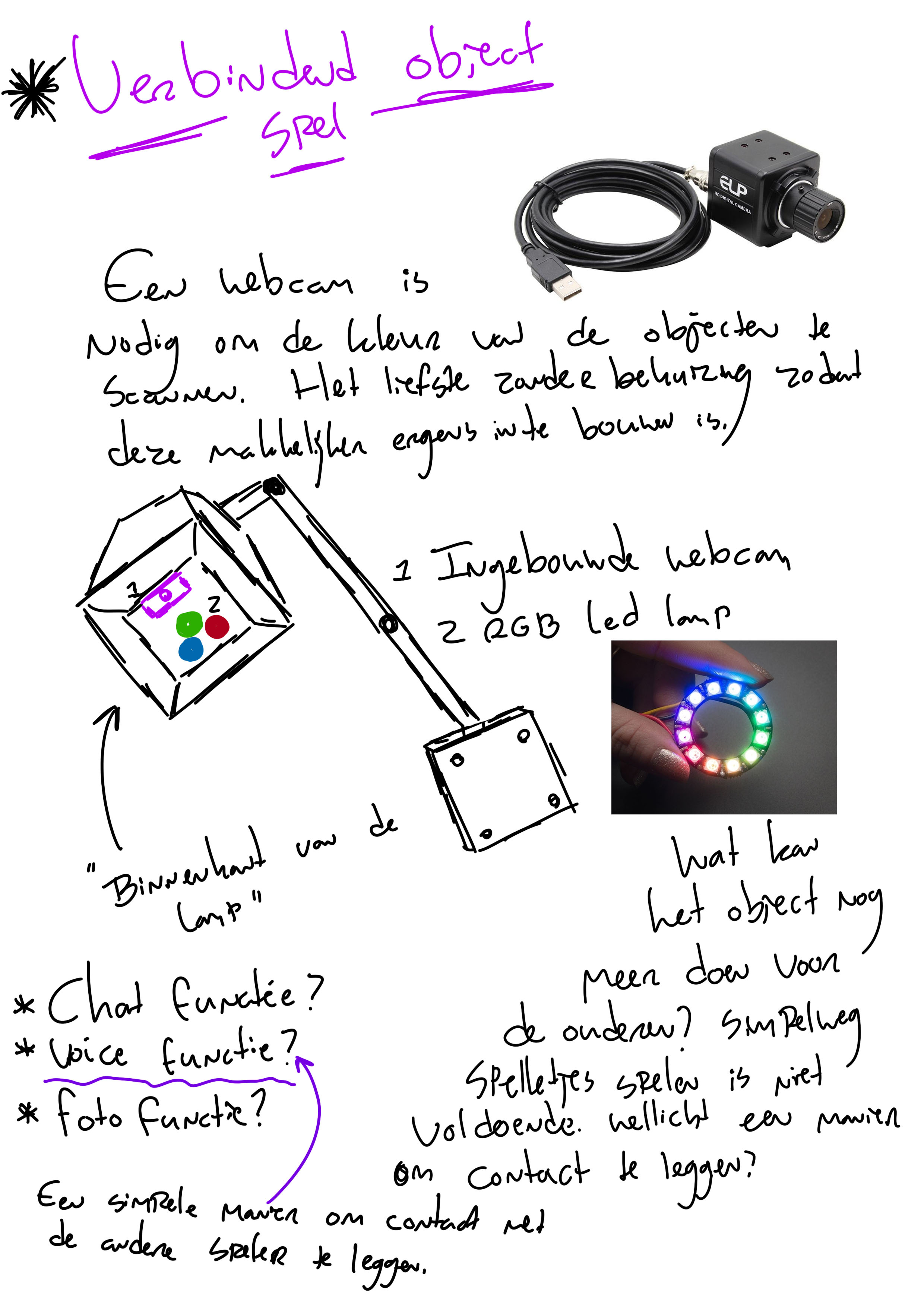 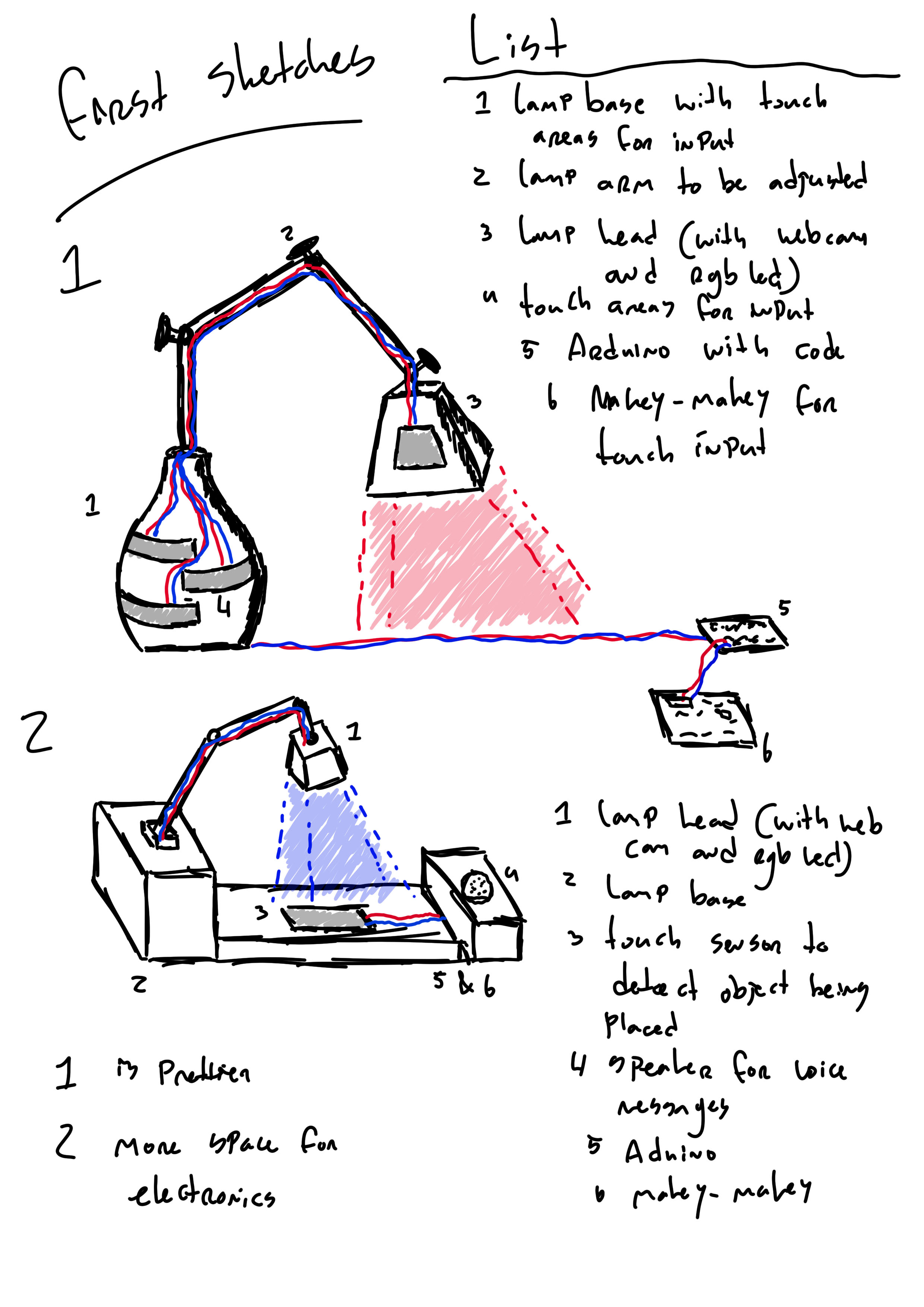 The idea began with the simple goal to give lonely elderly people an easy way to come into cotact with each other. Something without the social pressure and social boundaries. Finding things to do that will force you to be among other people becomes increasingly difficult as we age so I wanted to design something that'd be easily accessible in people's homes.

The first sketches I made were more along the lines of some "comforting object" but I found this to be way too abstract. It had to be something that wouldn't be complicated. Something that pretty much everyone would recognise.

In the end I settled on the idea to create a game based around a set of lamps. Nothing else would be needed to play the game. Two people could be randomly connected and they'd be able to play the game together, without even seeing each other. There's no need for them to understand the technology or even pay any attention to it, the lamps do everything for them.

The game itself is rather simple, it's a colour matching game. Player 1 selects an item and places it under their lamp. Their lamp then detects the colour of the item and sends that to the lamp of player 2. Their lamp will in turn flash in the according colour, indicating which colour player 1 has selected. If player 2 finds an object with the same colour, both lamps will flash green and the turn will be passed to layer 2. If not, both lamps will flash red and player 1 will be able to select a new object. 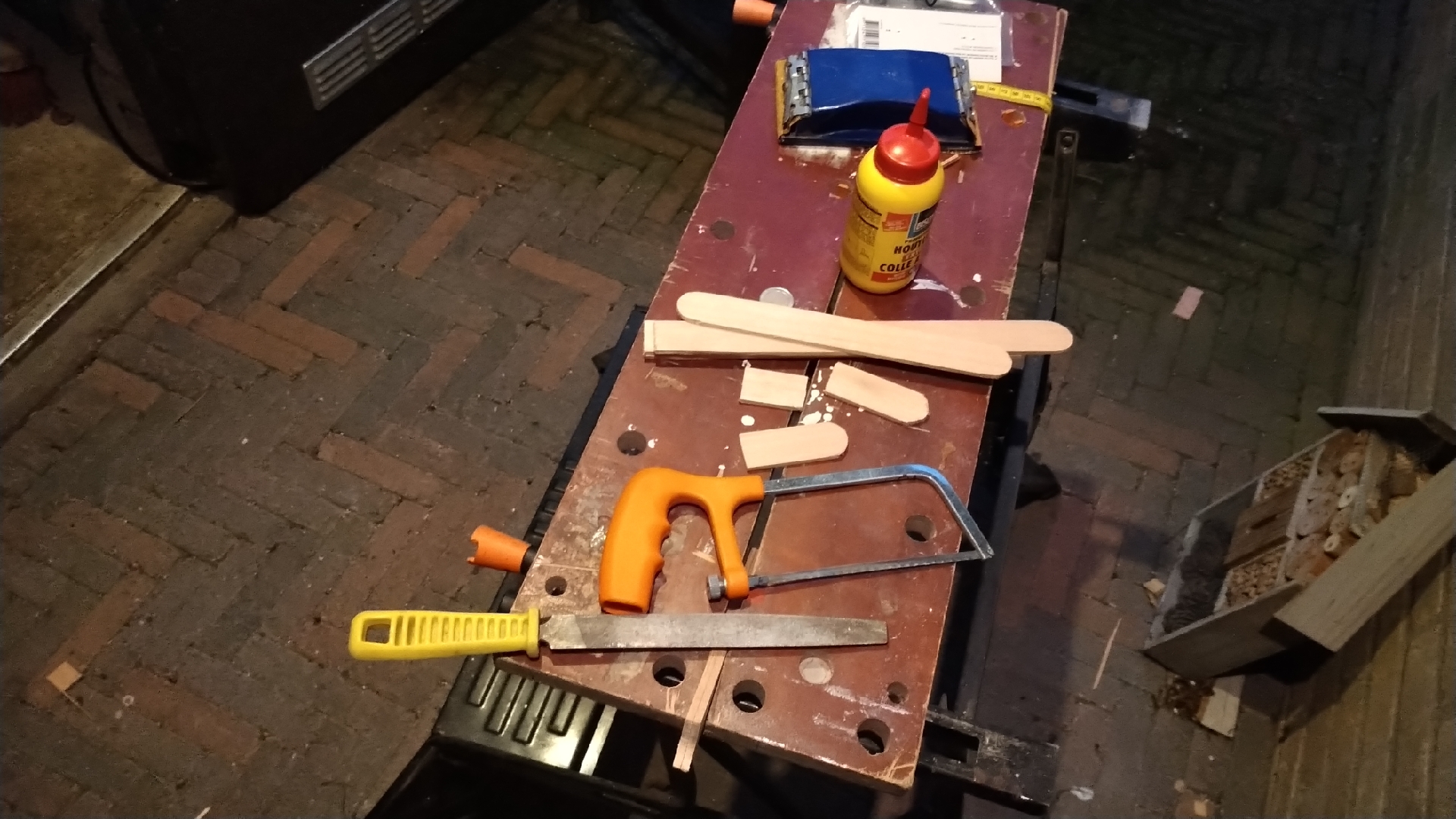 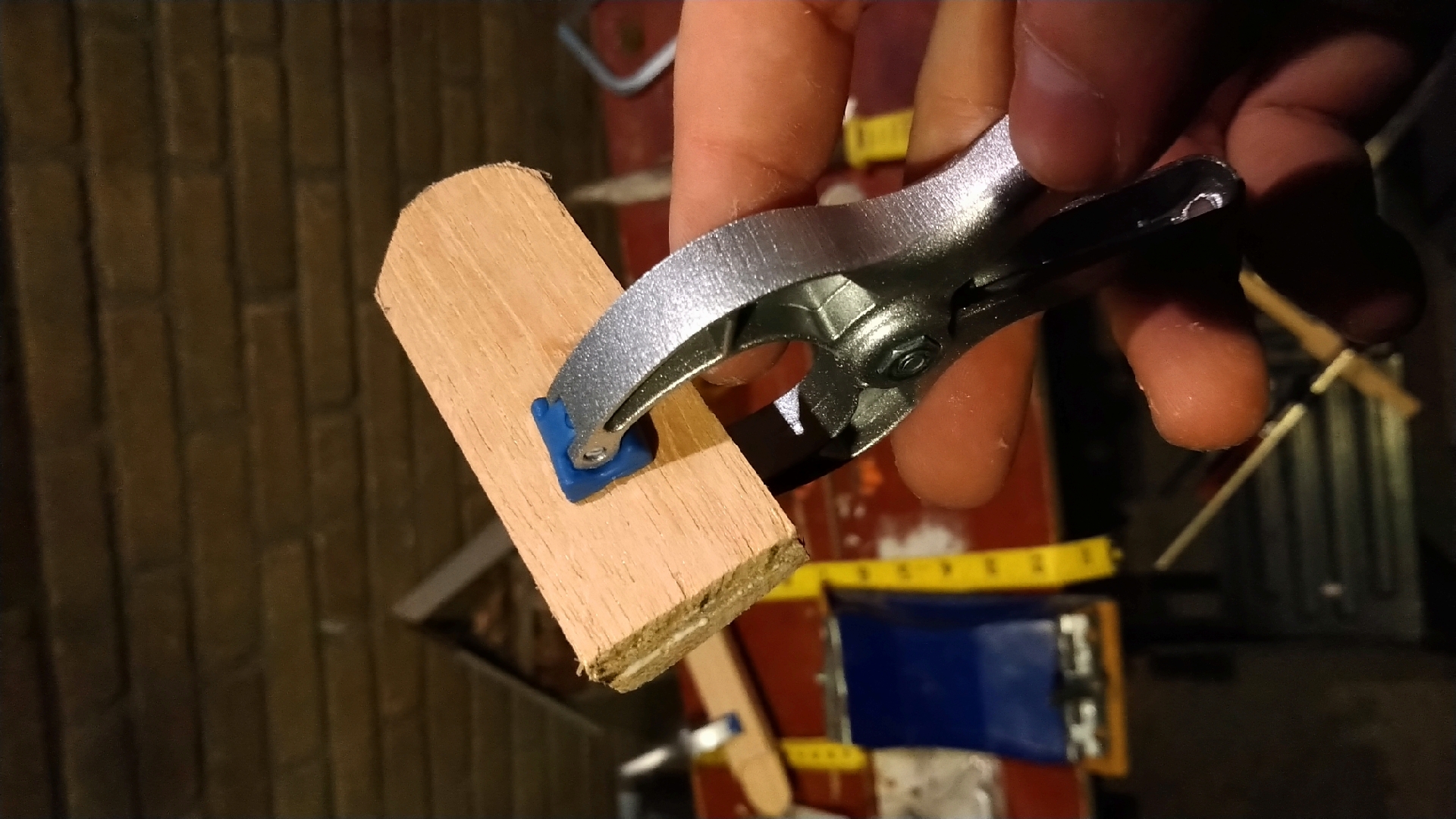 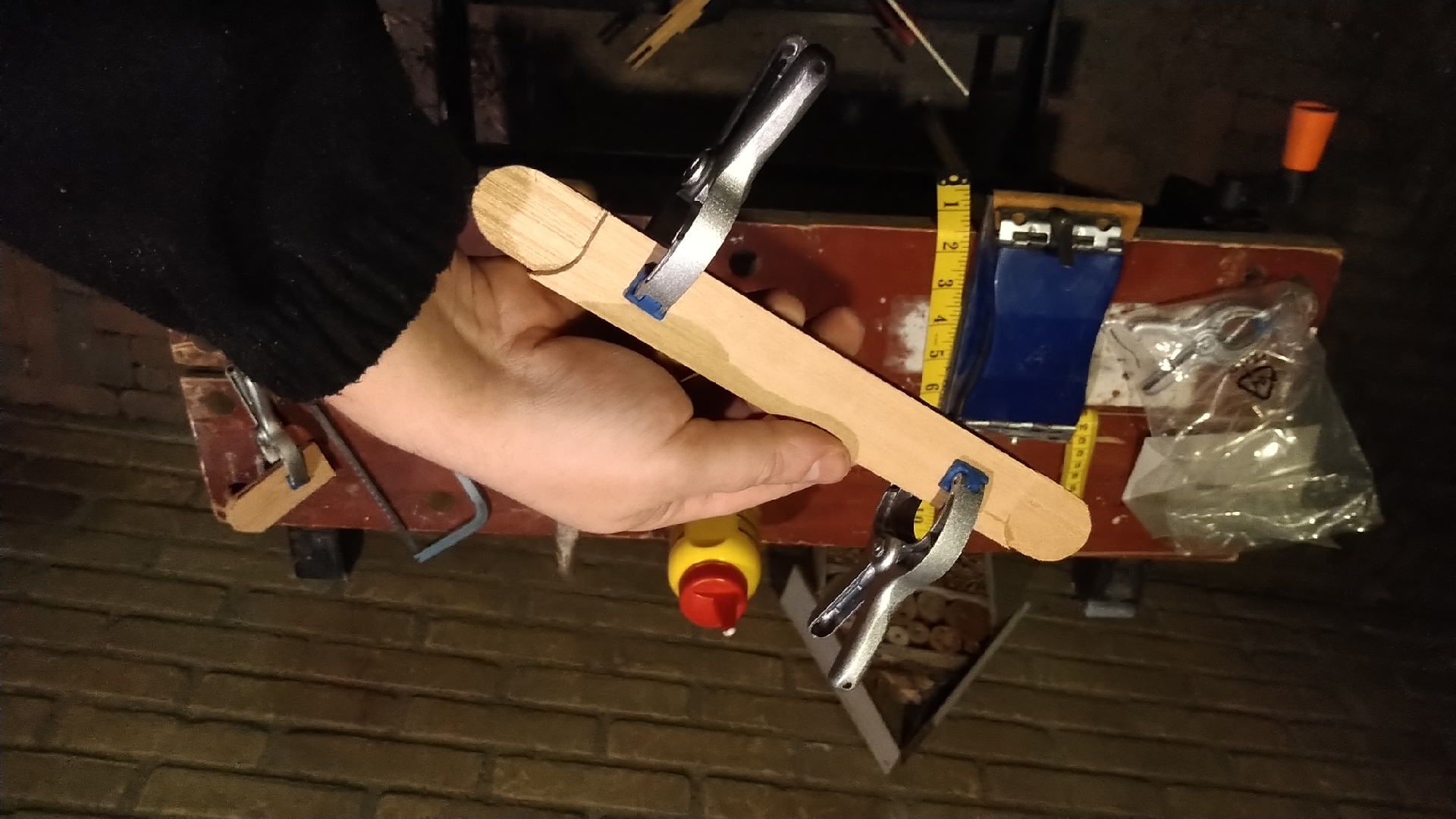 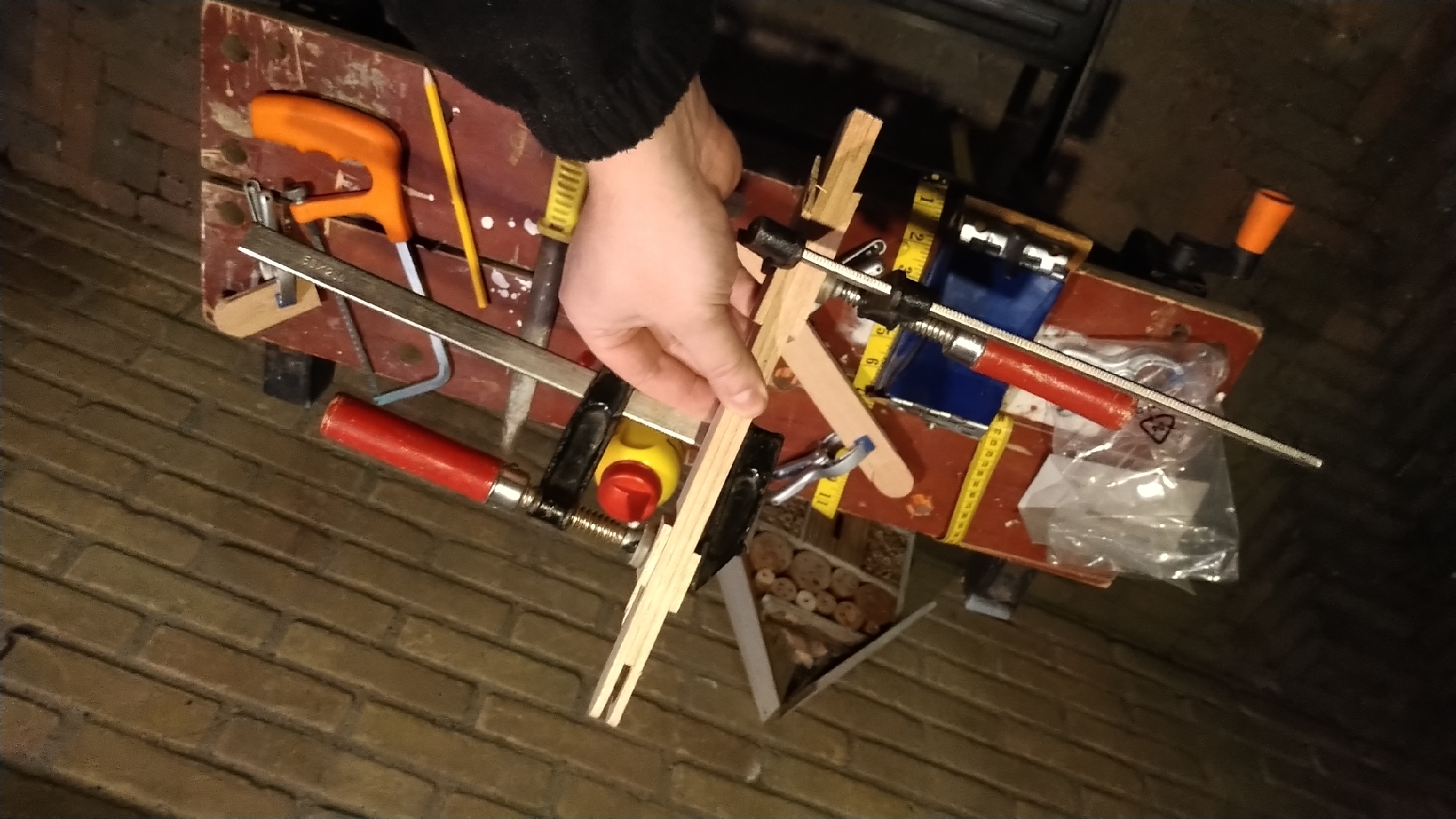 Once I'd settled on a design for the lamp it was time to start building it. I'd settled for a 'simple' desk lamp design. I'd gotten all the materials (And this amazing retro lamp shade) and I got started. First it was time to saw all the pieces of wood to the correct lengths. Once I'd done that, I glued the pieces together to create three separate pieces of the arm for the lamp. 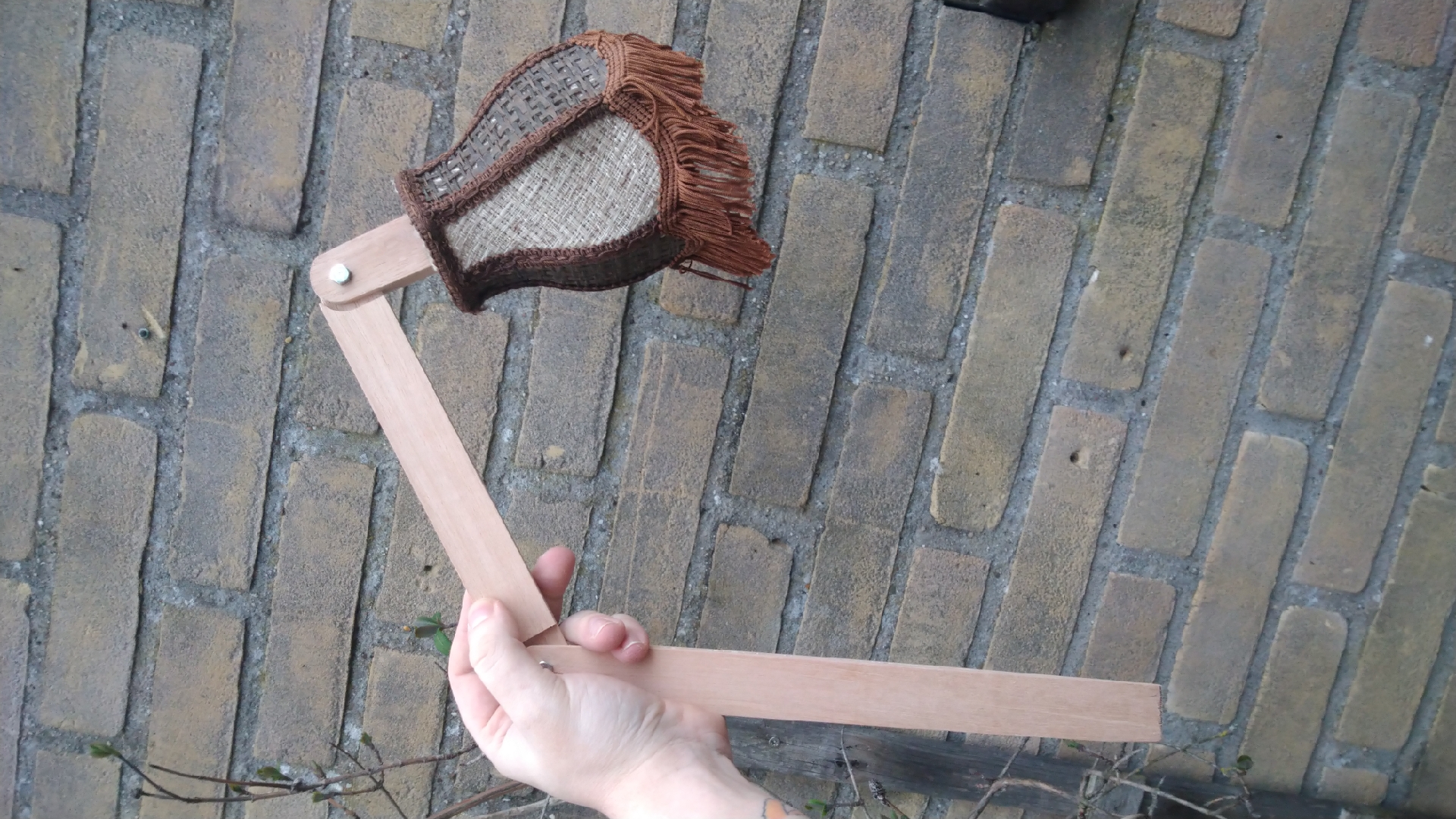 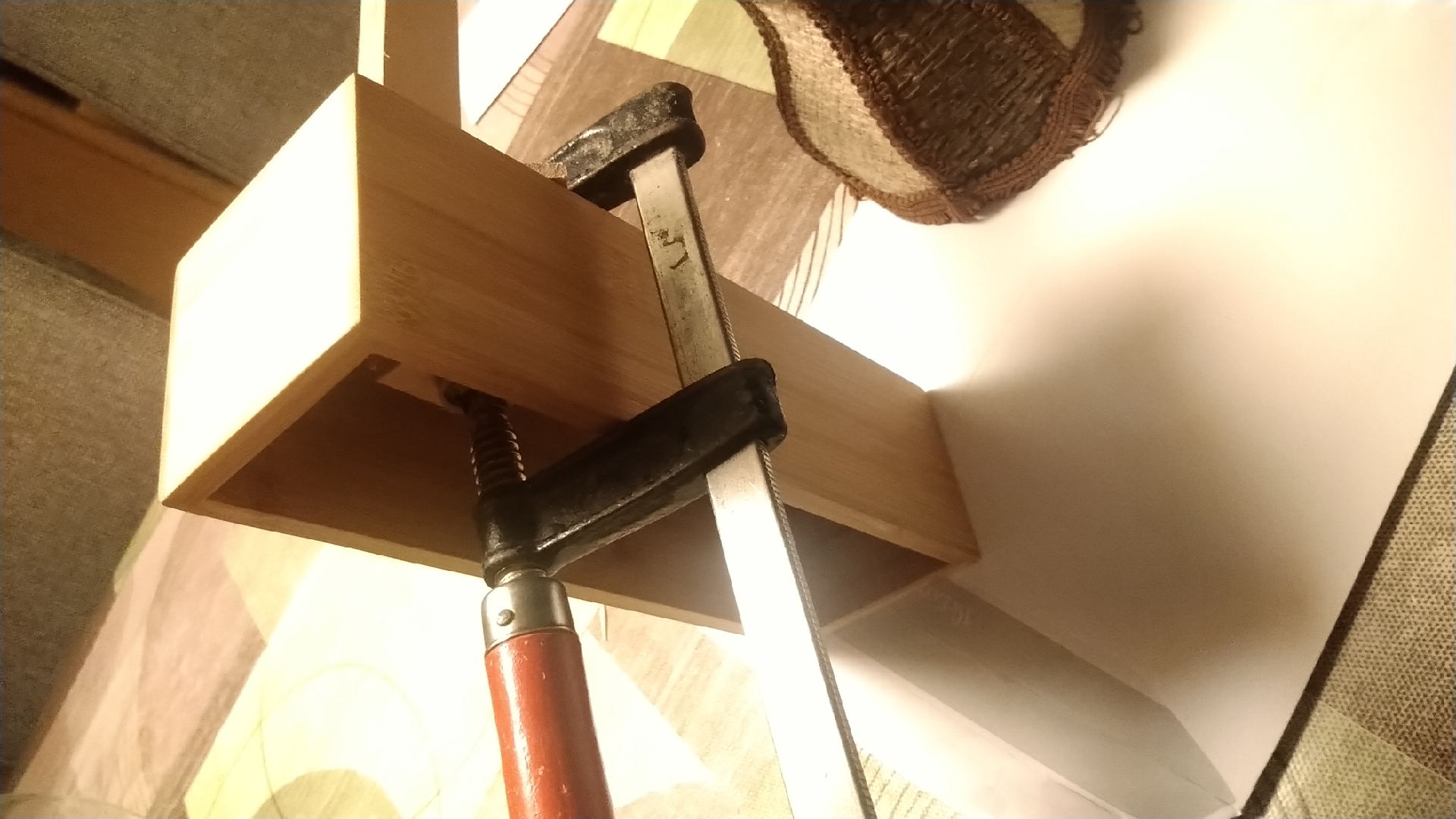 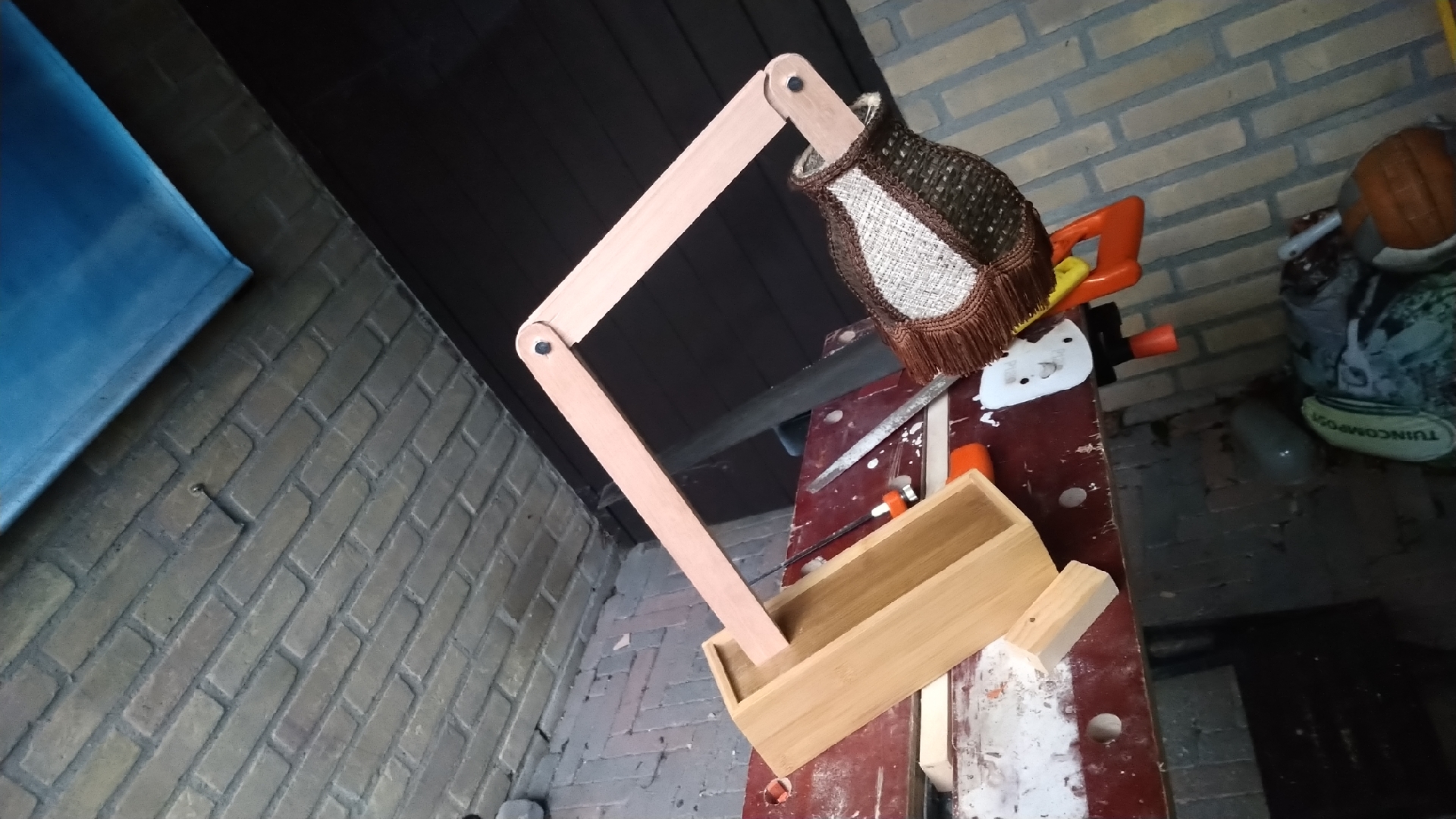 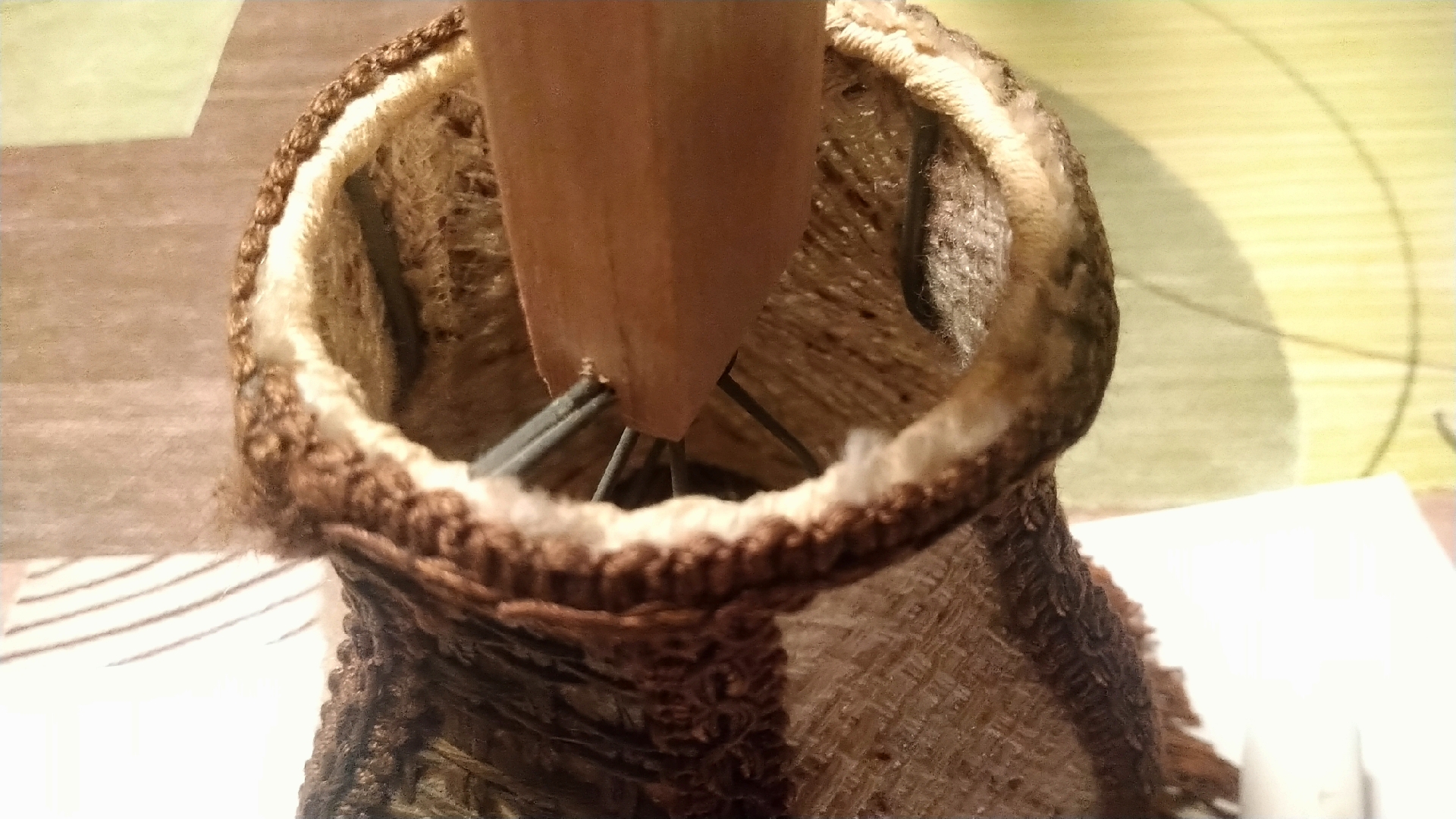 Once I'd gotten all the physical pieces of the lamp finished, it was time to move on to the technical aspect of the lamp. The Arduino, webcam and LED module all had to be built into the lamp, coded, tested and neatly finished. Once I'd gone through the basics for coding the LED module, I felt confident in getting it to work and so I built it into the lamp permanently. With some effort I managed to feed the cables through the body of the lamp neatly so that everything could still be plugged in.

I used both Arduino IDE and Processing in order to get the game to work. Processing handles the colour input from the webcam and sends that to the Arduino so that, in turn, the LED module can turn the correct colour. 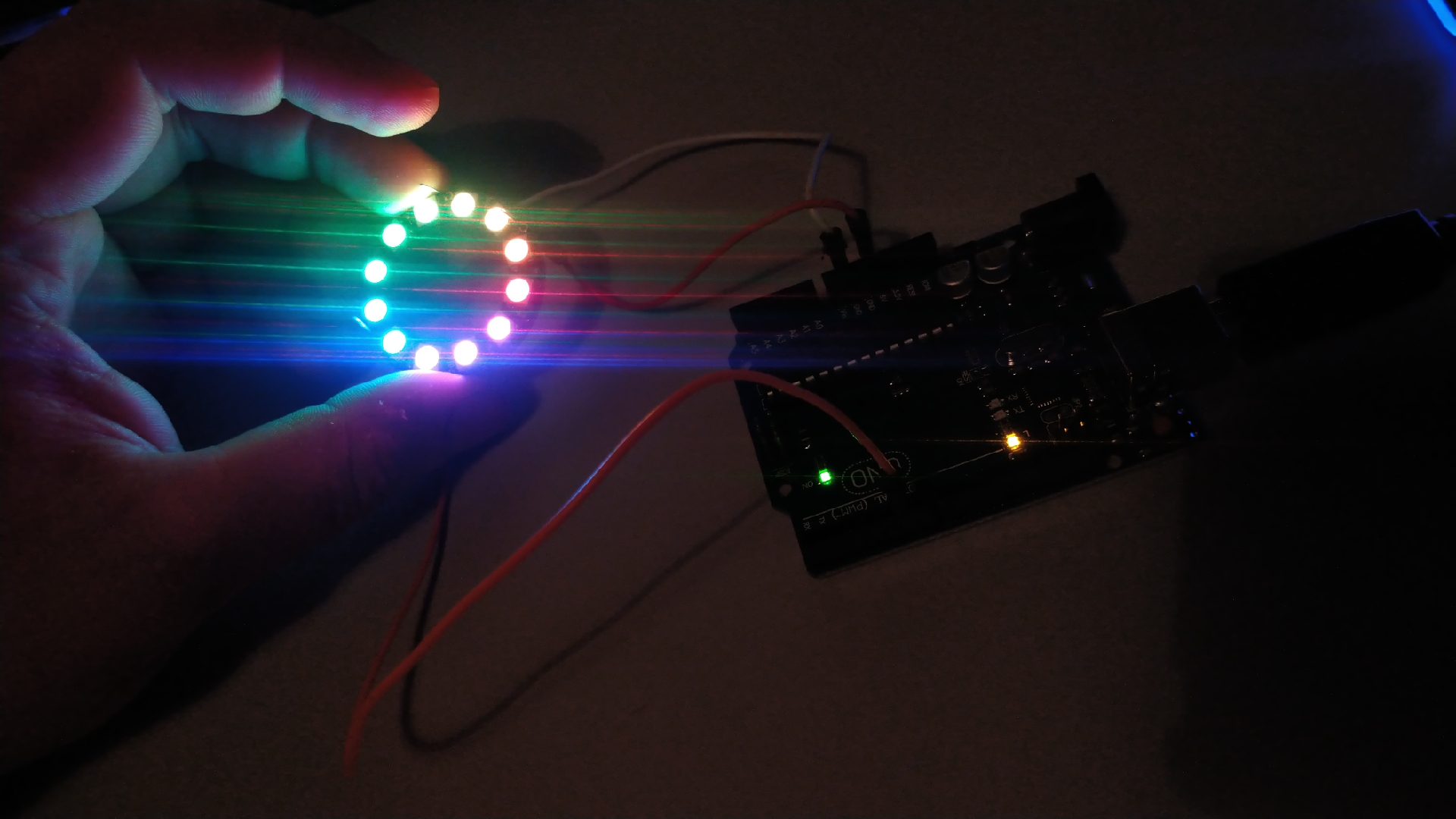 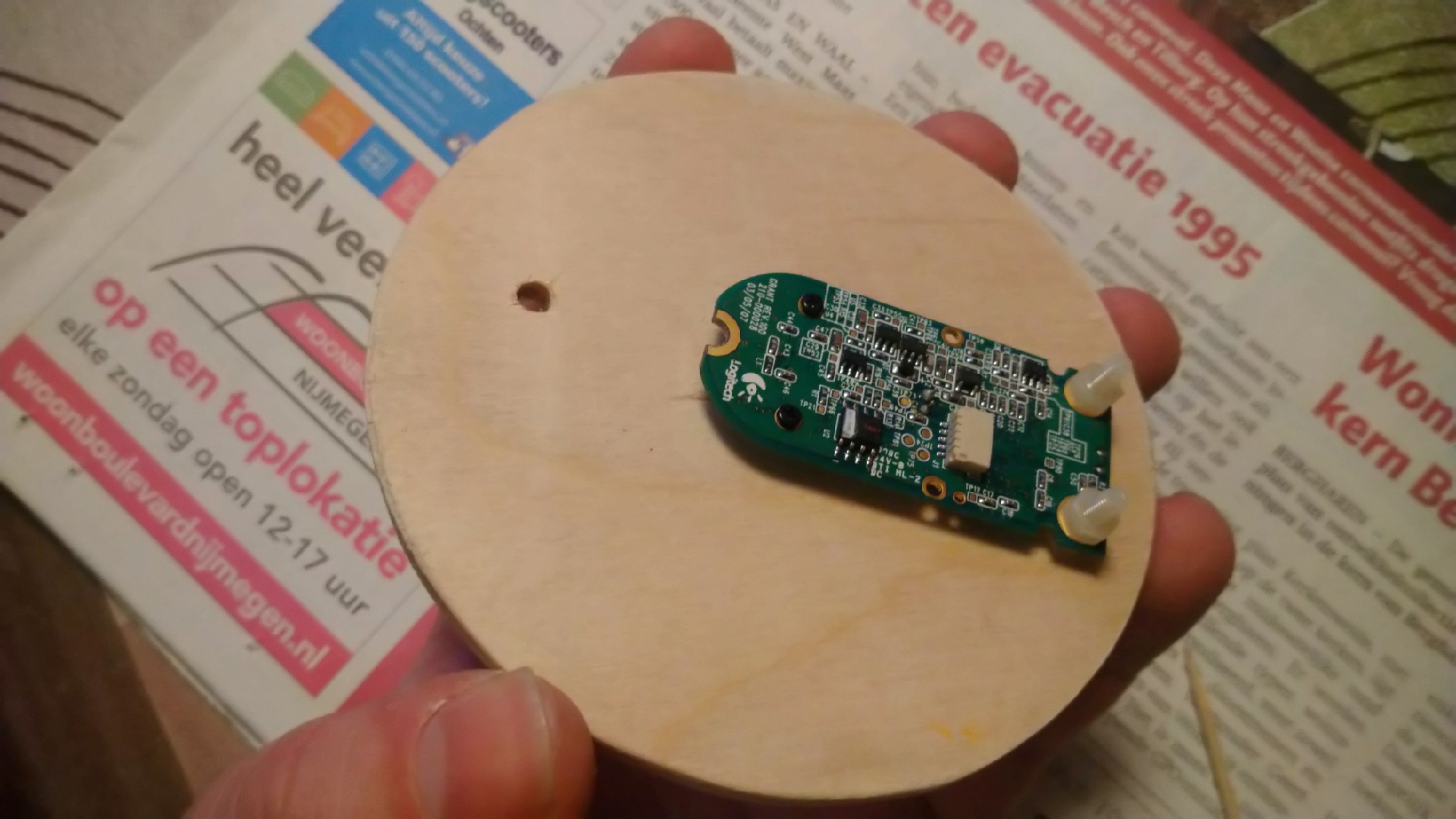 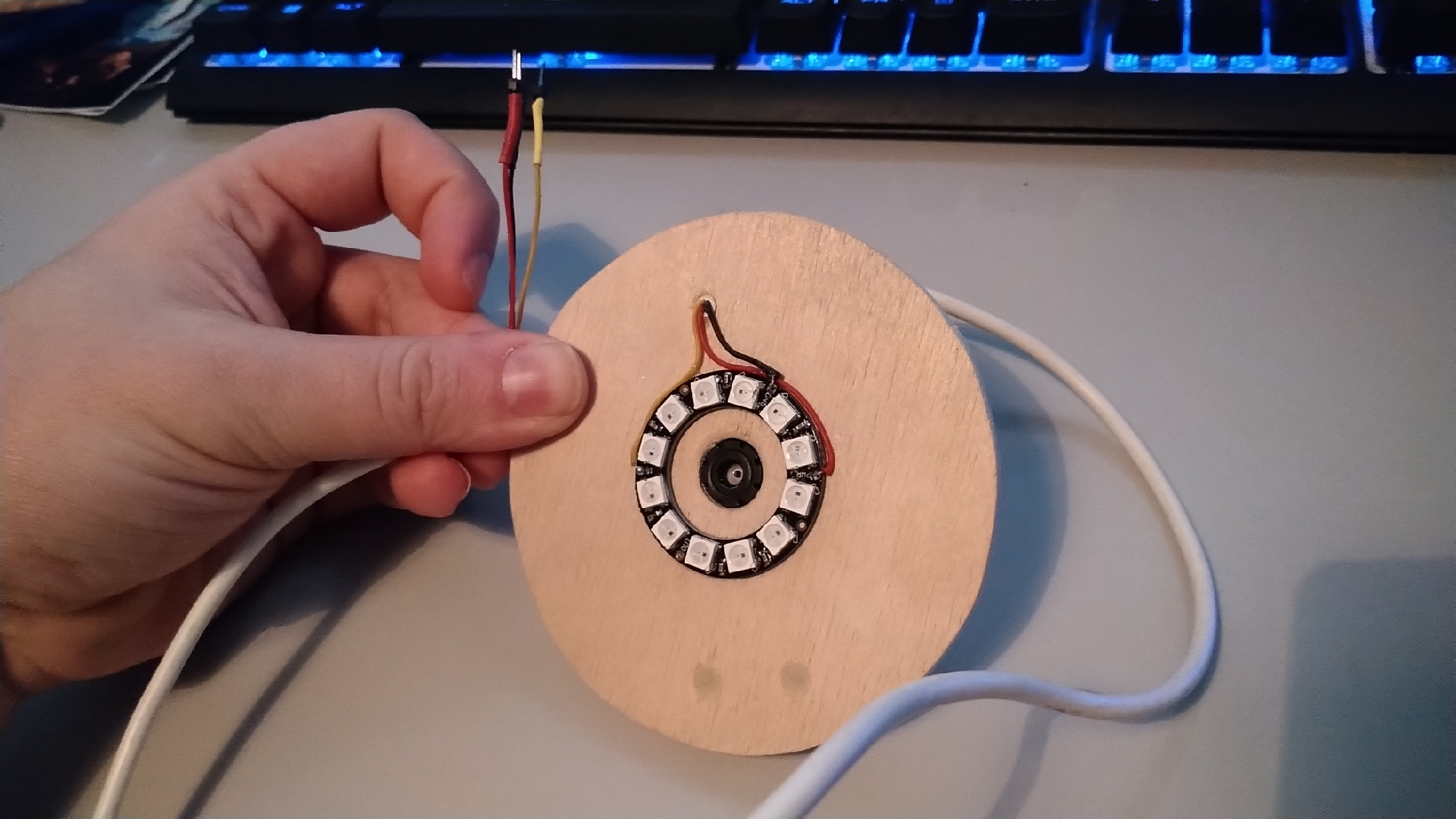 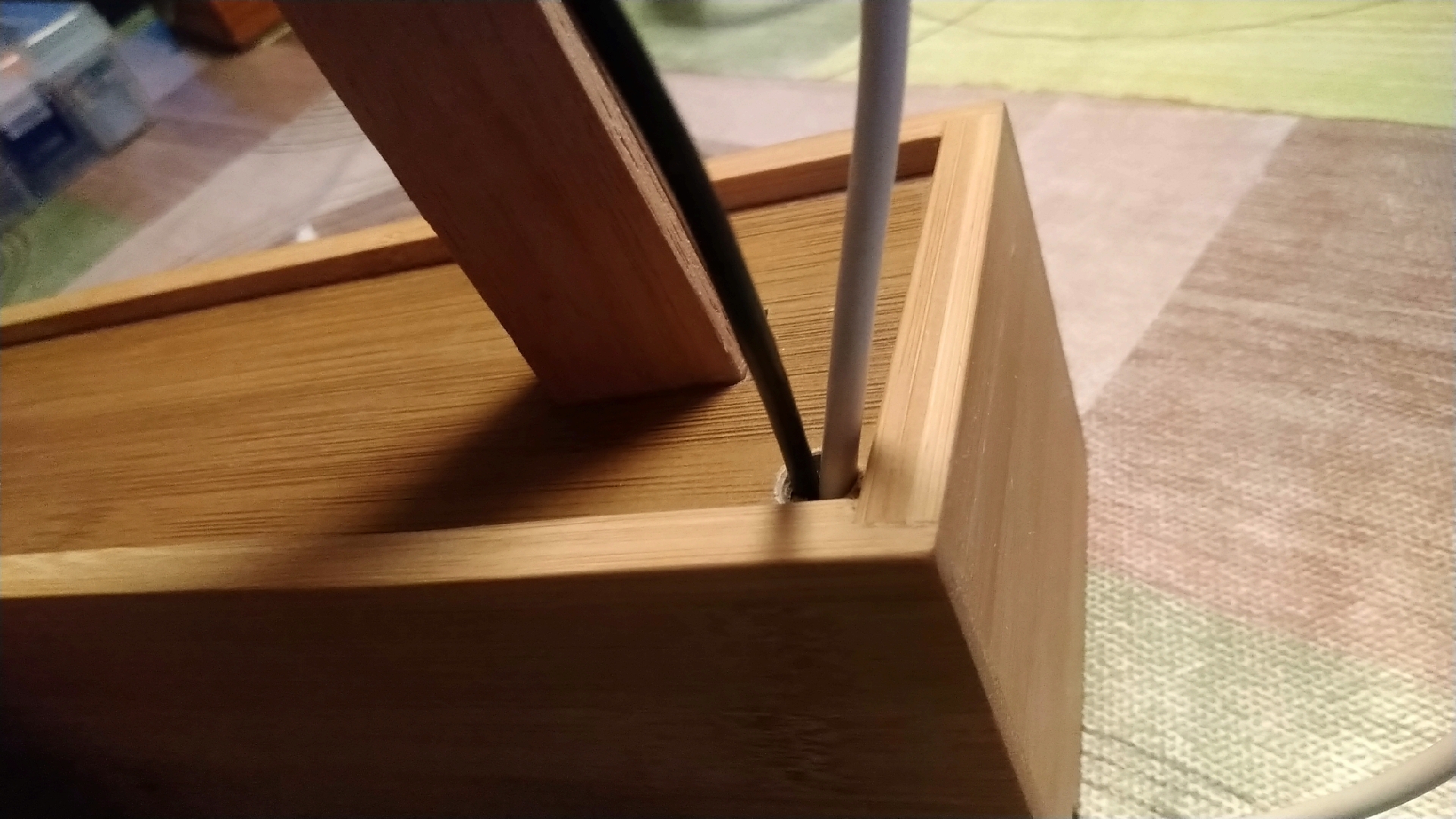 And voila! The lamp, Social Hues was born! I was able to set the LED module to any colour with the Arduino and detect any colour with the webcam and Processing. There's still some work left to be done to get it 100% working but it's definitely possible. 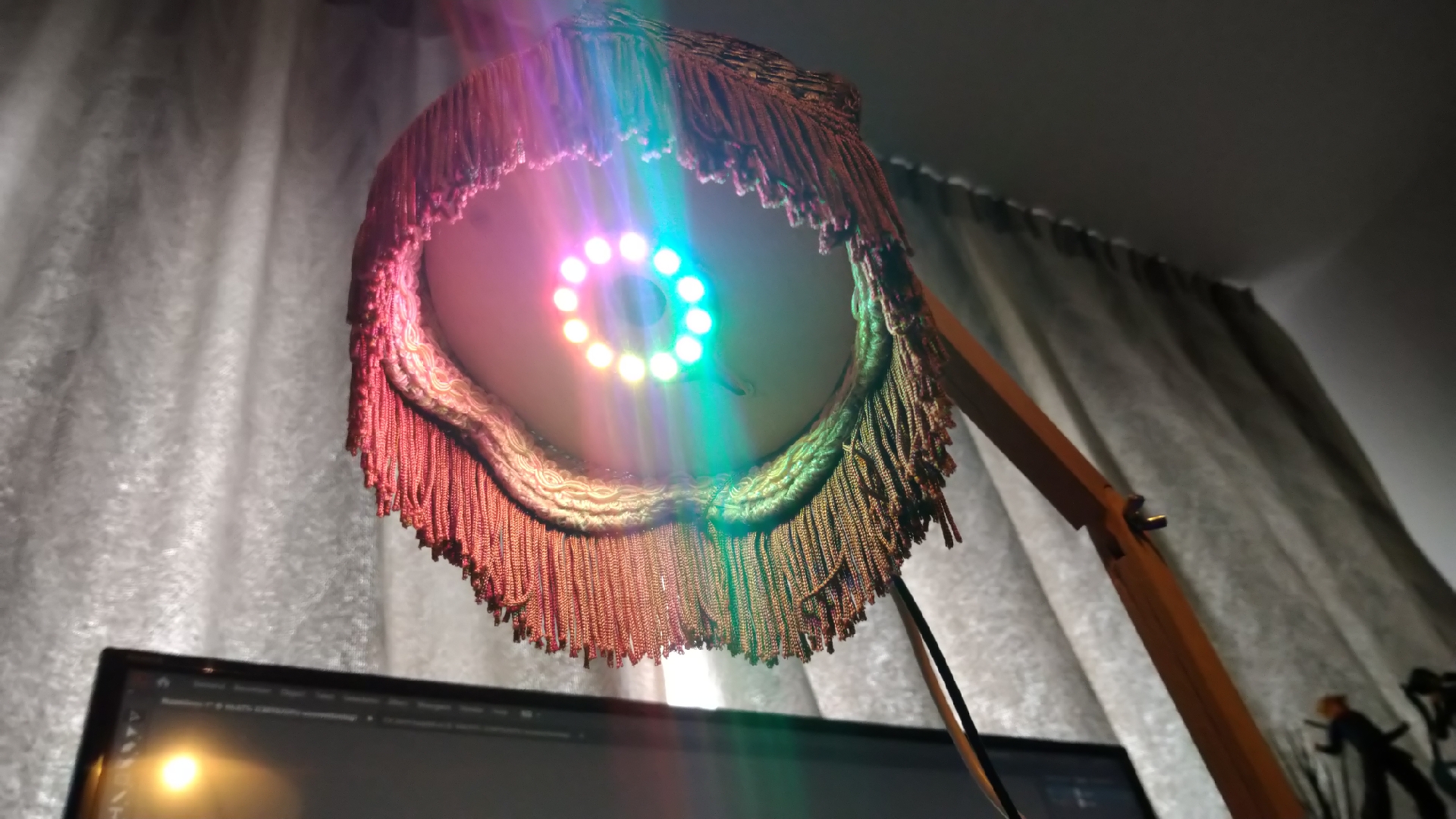