Ancient Cities started out when I found this large dataset containing information about the populations of large, ancient cities all over the world. The amount of data gathered on those cities surprised me as the information went back all the way to the year 3700BC.

I'd always been interested in ancient cities, how they grew to be so big and how they eventually fell. Most cities on the list no longer exist today so that definitely peaked my interest. I wanted to try and create a way so we could always look back on those civilisations and that they'd never be forgotten completely. 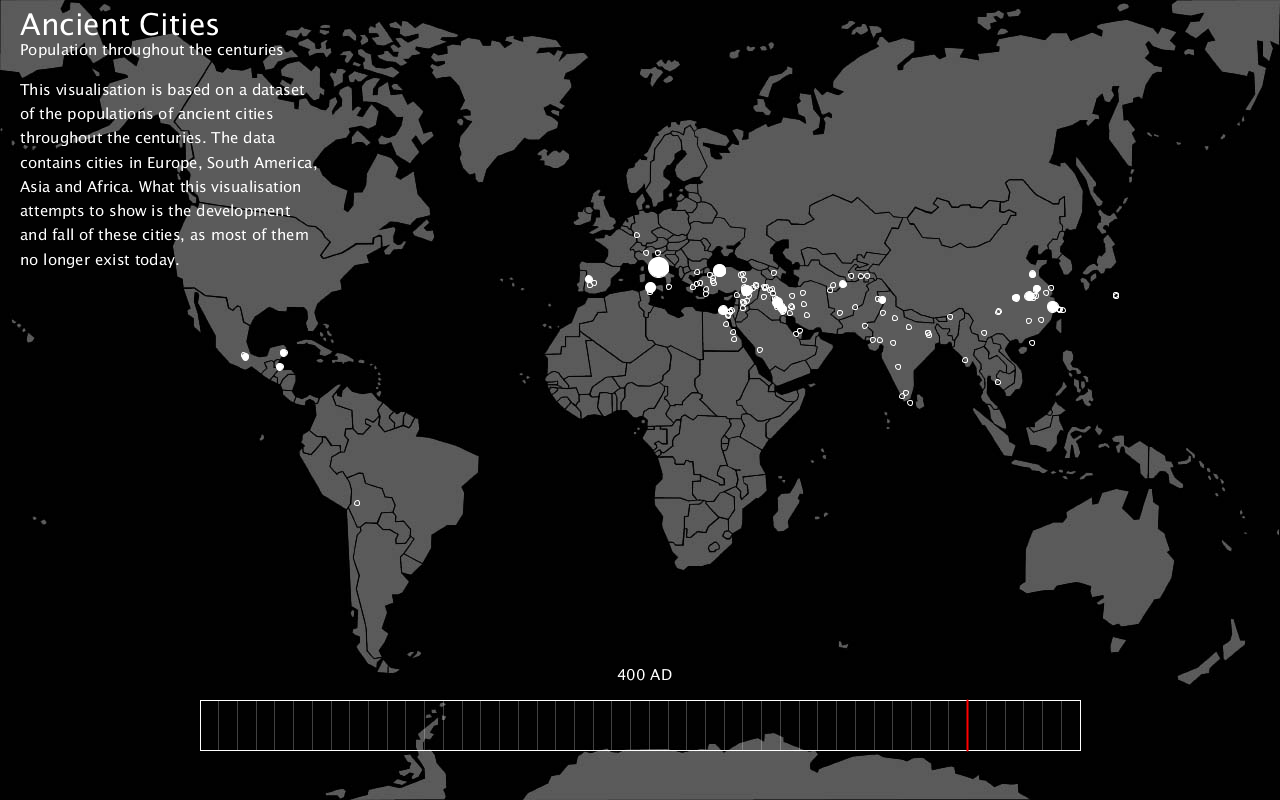 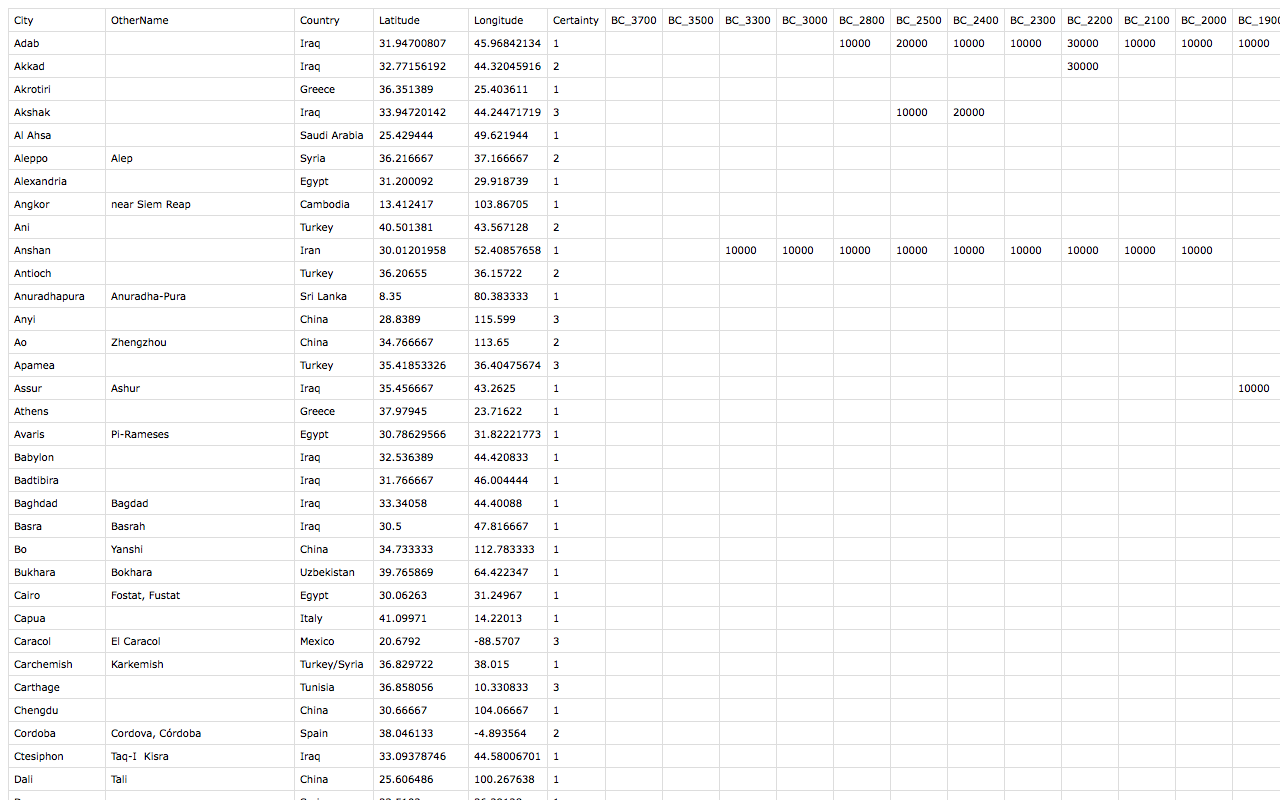 This is the dataset that I used to create this project. Every city was sorted by alphabet and the country, coordinates and timeline were included in the data. I used Processing to make sense of the data and to be able to search in the dataset easily by just inserting some keywords. Basically, Processing was my best friend throughout this entire project.

Writing all of this code was quite a challenge for me as I'm not super skilled when it comes to coding languages so I was pretty happy when I got this one to work. 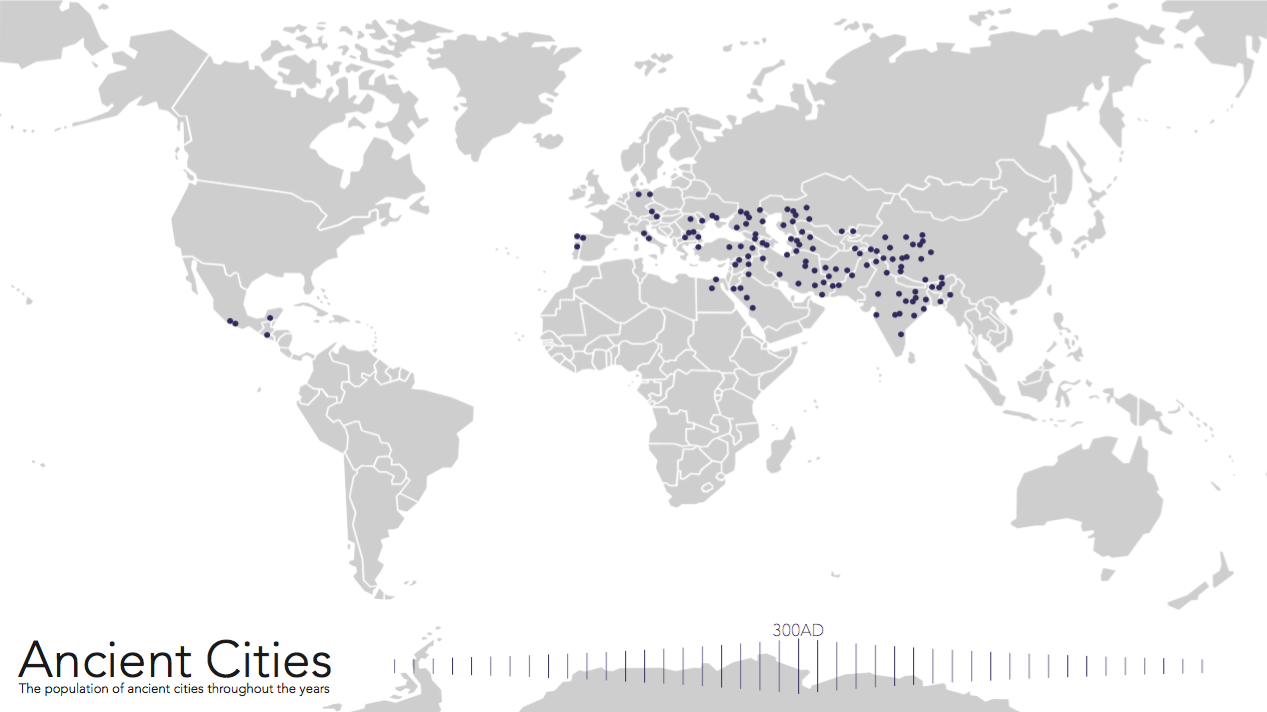 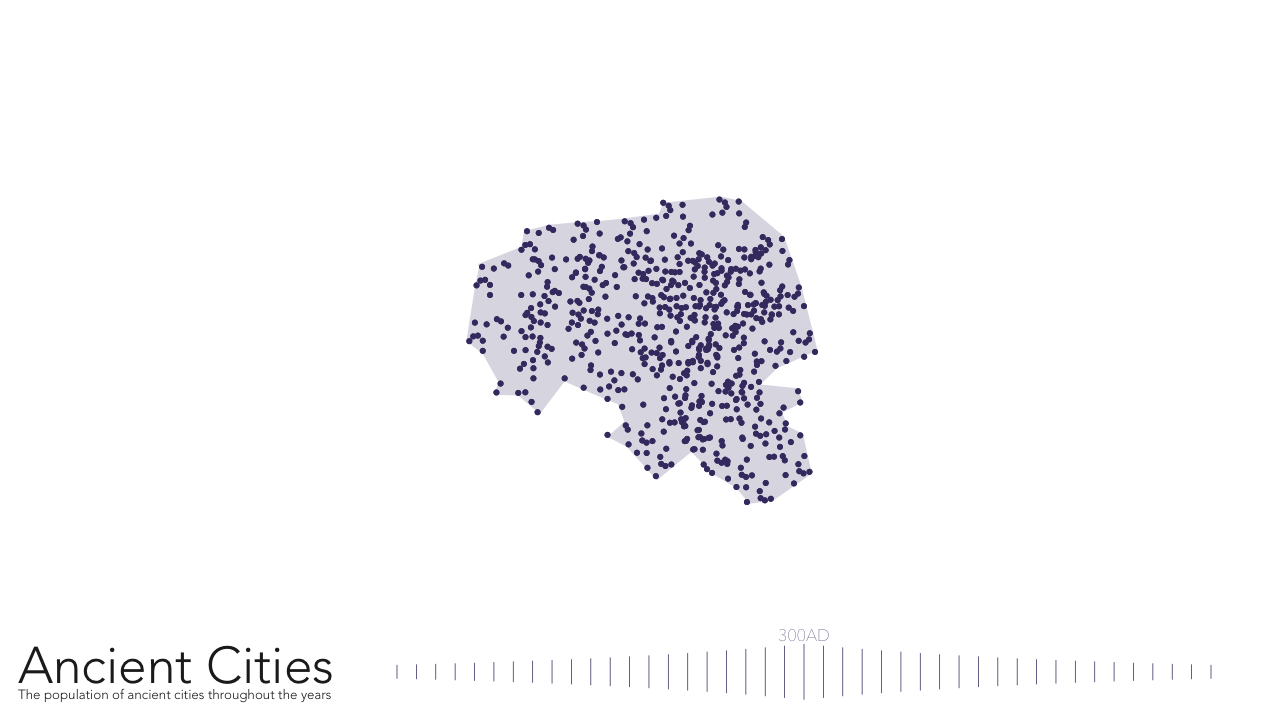 The first sketches were pretty tame. I kind of knew from the start what I wanted the eventual visualisation to look like so the first sketches definitely went in the same direction as the final product. However, the white colour was switched out with something a little easier on the eyes in the final version. Some of the elements were finetuned slightly before the final design came about. 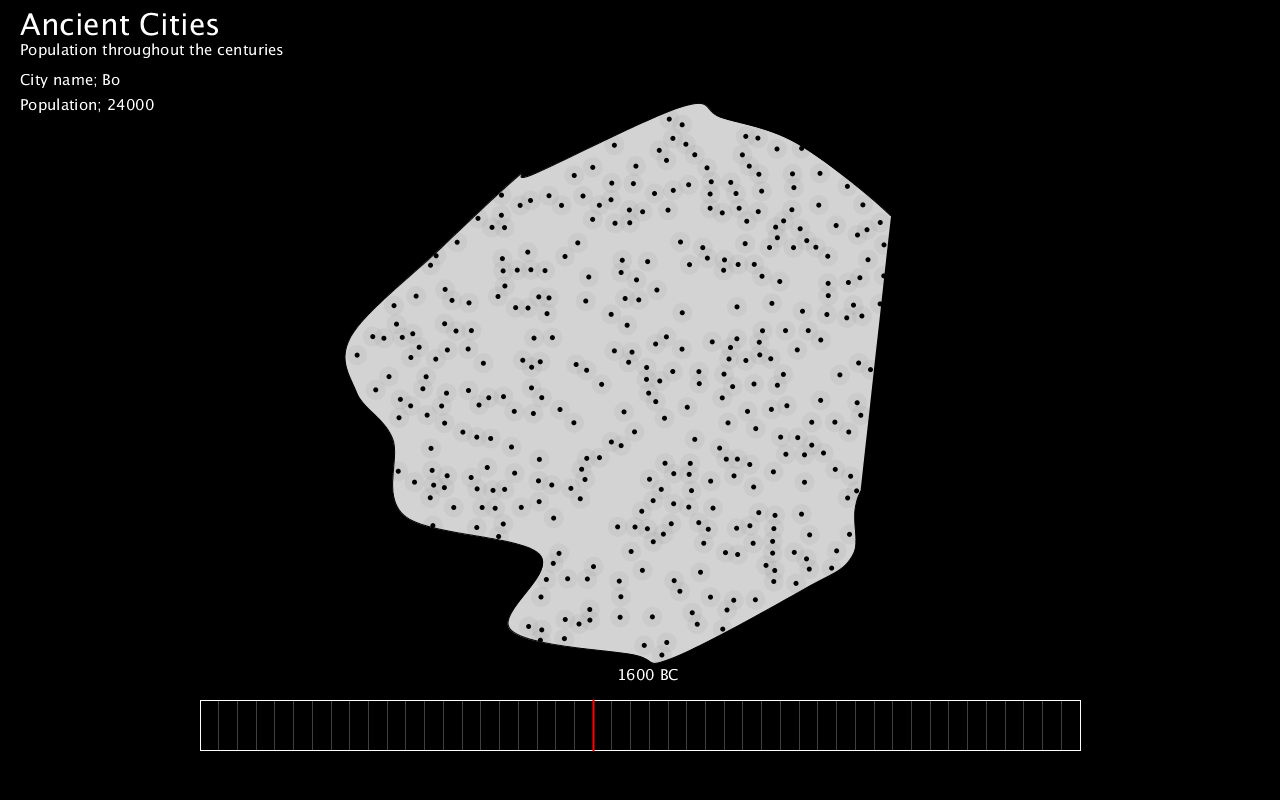 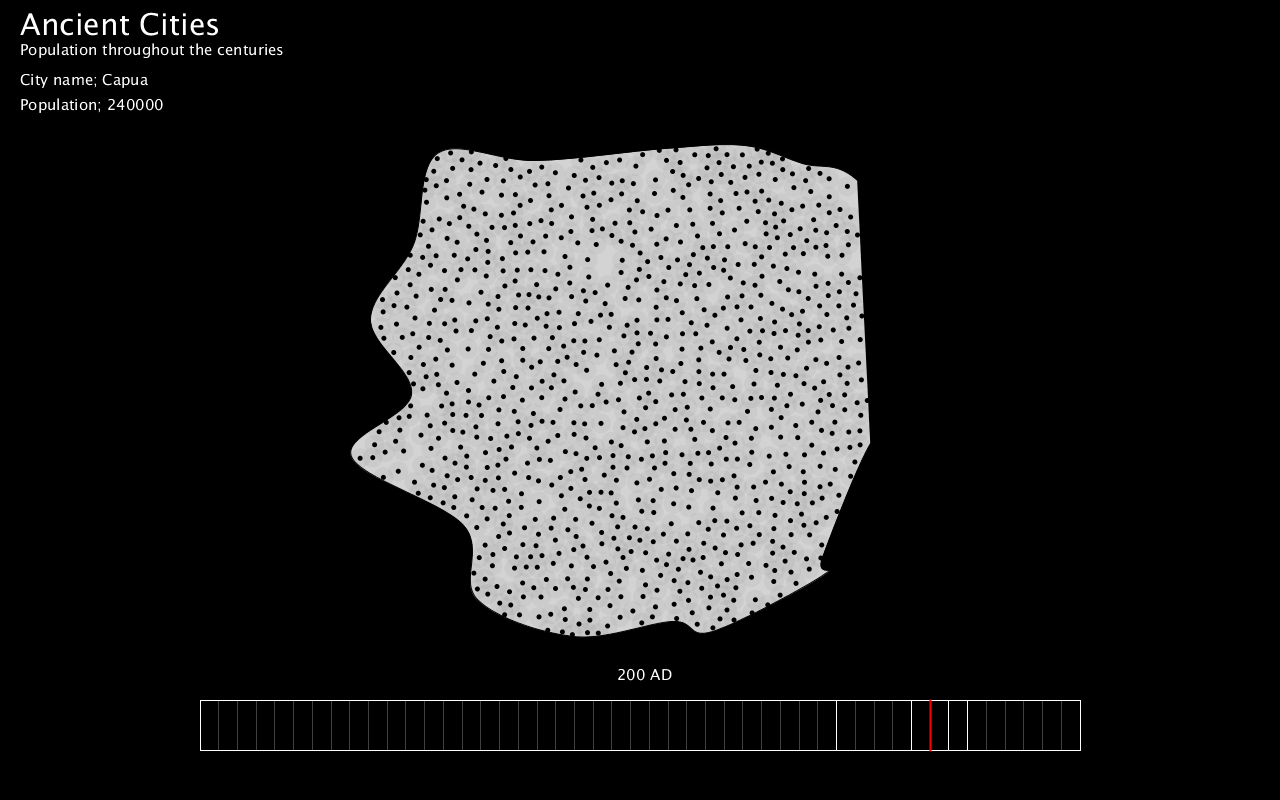